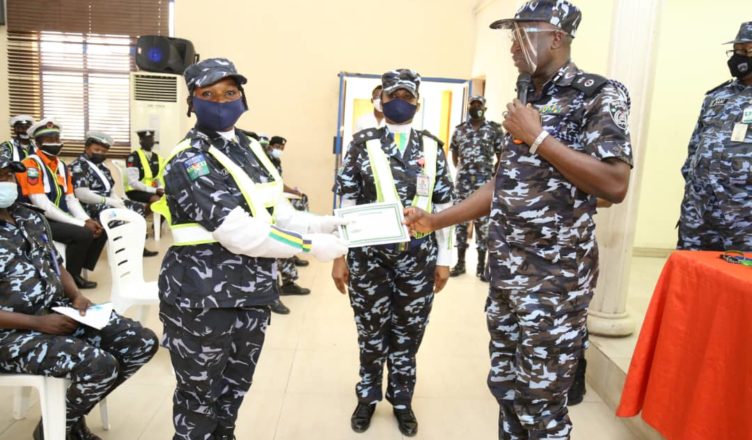 The Commisioner of Police, Lagos State, CP Hakeem Odumosu today Friday 29th January, 2021, presented Commendation Certificates to seventeen (17) Inspectors and Rank and File of the command for exemplary service delivery at their various points of duty across the state.

The Commissioner of Police charged the award recepients to be more responsive to thier duties and promote good standards in the police. He admonished them to be consistent as good ambassadors of the Nigeria Police Force so that others can emulate their encouraging values for better policing of Lagos State.

CP Hakeem Odumosu seized the opportunity to lecture other Inspectors and rank and file drawn from all police formations in the command on quality service delivery and standards of the Nigeria Police Force. He also warned them against extortion, corruption practices, misuse of power, violation of human rights, drunkenness and improper dressing. The police boss did not fail to remind them on due observation and enforcement of COVID-19 protocols as the command will not condone any violation of the protocols.