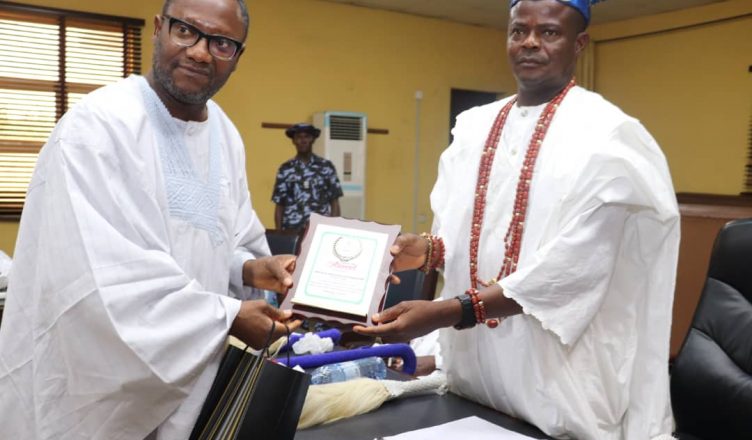 The Yewa Traditional Council has promised to collaborate with Ogun State Independent Electoral Commission (OGSIEC), in its campaign against violence during the forthcoming 2021 Local Government elections.

Chairman of the Council, the Olu of Ilaro and Paramount Ruler of Yewa Land, Oba Kehinde Olugbenle, who made the promise while playing host to the Commission in Ilaro, Yewa South Local Government Area, said the Council would not relent in carrying out its fatherly roles at various communities.

“We are not politicians, we are fathers to all, we will ensure that we sensitise our people to come out and vote. Any Oba from the Yewa Traditional Council who engages in politics is not speaking on behalf of the Council but for himself”, the Monarch said.

He enjoined the Commission to streamline its logistics by ensuring that accreditation and voting commence as announced, advising that voting materials should get to riverine communities, such as the Tongeji Island in Ipokia Local Government on time.

Oba Olugbenle appreciated the Governor, Prince Dapo Abiodun for searching and appointing people of higher pedigrees to oversee the affairs of OGSIEC, charging the Commission to maintain its integrity and remain apolitical.

The Monarch called on politicians to play by the rules, avoid violence and other acts capable of hindering free, fair and credible election.

Speaking earlier, OGSIEC Chairman, Mr. Babatunde Osibodu, noted that the visit was to further elicit support of the Royal Fathers and sensitise the people to come out on Saturday, July 24 to perform their civic responsibility, saying, “the Local Government being the third tier of government is the closest to the people”.

He assured that the Commission had put in place adequate security measures to make the exercise peaceful, noting that, “since we started about two months ago, there has not been incidences of violence or any untoward occurrence, so security is guaranteed and this will equally be sustained during the elections.