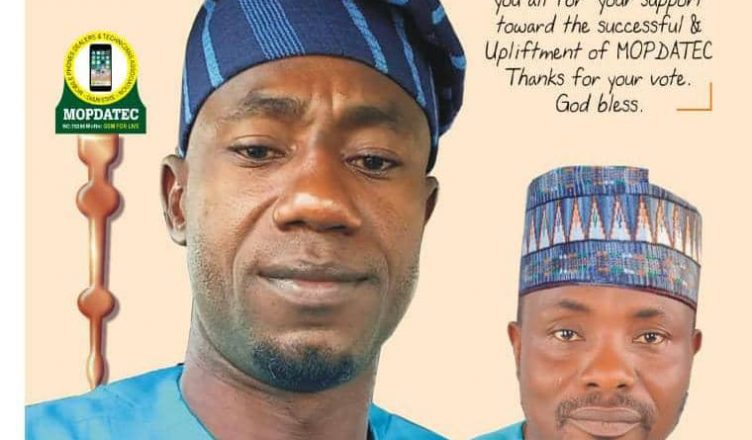 … promises development of the union.

The election of Mobile Phone Dealers and Technicians Association, MOPDATEC, Ogun State chapter was held yesterday where Ifebola Togunwa and his Reformation team were elected in a wide margin contest.

Ifebola Togunwa popularly known as LOBOT scored 270 votes while his opponent scored 70 votes. LOBOT was announced the winner of the election.

The chairman who was so excited after the election expressed his joy over his victory. He appreciated his supporters for standing by him, saying that if not for them his victory would not be possible.

He therefore called on other members of the Association to support him towards taking MOPDATEC to greater height.