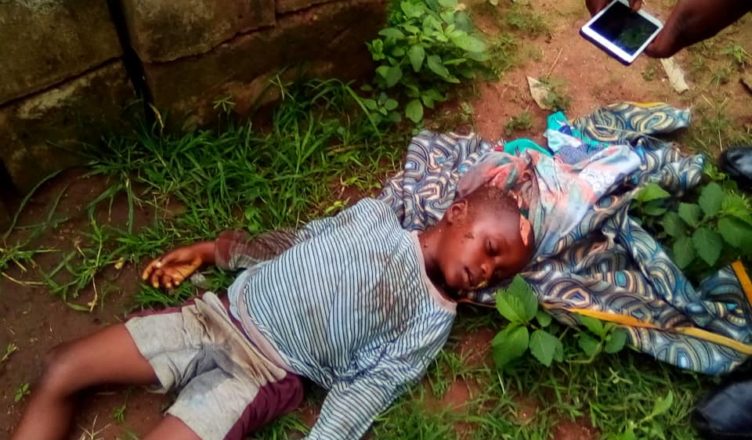 Mojeeb Tirimisiyu a Five years old boy was killed at the backyard of his father’s uncompleted four rooms building at Tose Phase ll,Olorunsogo Area,Moniya,Akinyele Local Government,Ibadan.
The mother of the deceased,Mrs Mufuliat Tirimisiyu said,”after today’s morning downpour, Mujeeb went to toilet.On the process was an heavy shout of Mujeeb from the spot he was passing faeces,.On getting to the spot, unknown killers have dragged Mujeeb to nearby bush.”
Mrs Tirimisiyu in tears,added that while searching for Mujeeb was later found in his pool of blood gushing out of his head.
The mother of the deceased explained that all efforts to safe his life was in vain as he was confirmed dead as at the time of arrival at a private hospital.

The chairman Landlord Association of the area, Mr Maruf Aponmode who lamented on the gory incidents said teenage murder cases are becoming another thing hence the need for stakeholders to find urgent solutions.

Effort to confirm the incident with Oyo State Police Public Relations Officer, (PPRO), Mr Olugbenga Fadeyi was abortive as all calls put to him were not through.