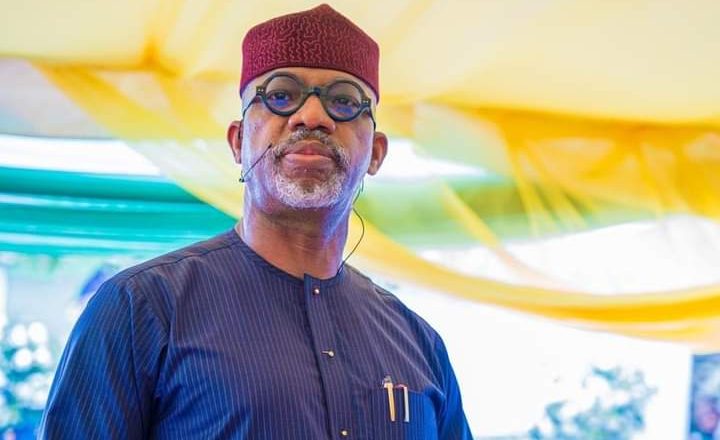 The Executive Governor of Ogun state, Prince Dapo Abiodun has assured that his administration will be just and fair to every citizens and ensure equity in the distribution of infrastructure among the three regions of the state.

Prince Abiodun who gave the assurance during the second session of the eleventh synod of the Diocese of Yewa Church of Nigeria themed, “but they that wait upon the Lord”, held at All Saints Church, Leslie, Ilaro in Yewa south Local Government of the state pointed out that his government would complete all inherited projects across the state.

According to him, “I appreciate Bishop Oluwarohunbi and the entire congregation for the successful hosting of this year synod. Last year we could not converge here because of COVID’19 and it is by the grace of God that we have gathered here today. This is your administration. It is just the grace of God that I am the Governor. It is your collective effort.

This administration is one that understand that government is a continuum and by the grace of God, I am going to complete all ongoing projects and the inherited ones.

The Governor who stated that the state is the most peaceful in the country, pointed out that the South West security outfit launched recently in the state was for Ogun West region of the state alone.

“Ogun State is the most peaceful state in the country because we are always ahead of the game. Immediately after we assumed office we set up a Joint Security Intervention Squad (JSIS) comprising of different security agencies as a quick response mechanism to address the spate of insecurity in some parts of the state with adequate and necessary equipments needed to guaranty safety of lives and properties.

“The first face of Amotekun that we launched was for Yewa alone. This is to tell you that we did not neglect Yewa as against what some are saying. The first two set of roads constructed by this administration were in Ado- Odo Ota. The most expensive road that our administration has embarked on in the state is Agbara – Atan – Lusada road and award of Papalanto – Ilaro – Sagamu road is at final stage and you will soon see contractor working on that road.

Speaking earlier, the Bishop of the Diocese, Rt. Reverend Michael Oluwarohunbi commended the Governor for his administration’s productiveness for the ongoing good work across the state saying “we wish to use the platform of this synod to, sincerely, commend the proactive administration of His Excellency for the work done so far. The courage of our Governor to run all inclusive and participatory government is unique and commendable.”

The Bishop further said, ” besides the road projects going on across the state, there are also numerous building projects springing up across the state at public schools and other places with Yellow roofs as an identity of Governor Abiodun’s initiatives. This is a landmark for which all of us in Ogun state are very grateful. We commend the Governor and his cabinet team for the giant strides in project execution at different parts of the state.

“Today, Ogun state is gradually wearing a new look. We wish to place on record with thanks, the quick wins approach of the Governor that gave the State Hospital, Ilaro a facelift both in outlook and service delivery. It is also a delight that Yewa and in particular Ilaro is among the area benefitting from this administration’s middle level housing estate.”