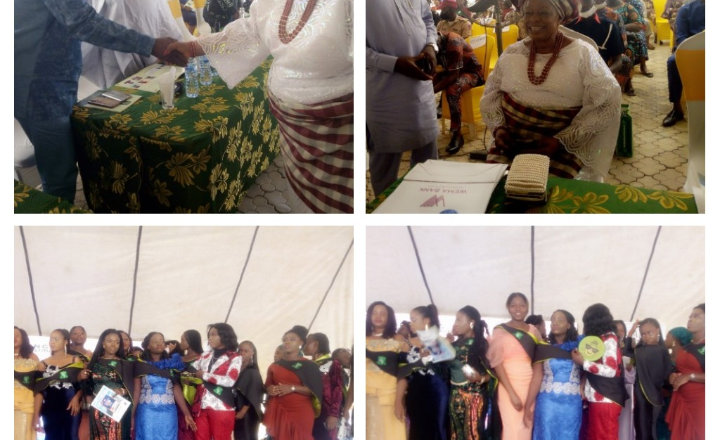 The Chairman and Chief Executive Officer of WESSY Creation,Otunba Wasiu Jayeola Taiwo said his desire to reduce poverty and address unemployment among the youth in our society was what motivated him to establish Wessy Tailoring and Vocational Institute in Abeokuta,Ogun state.
Otunba Taiwo added that it had been his desire to reproduce himself as the veteran tailor and formost fashion designer in Nigeria in many youths as God grants him power.
He made it known during the graduation ceremony of the second sets of students of the prestigious Institute in Abeokuta the state capital.
He disclosed that,”so far we have trained 87 fashion entrepreneurs in our institute,using robust syllabus and trained over 500 informally at our production hub.By implication,the project is aimed at addressing the menace of youth unemployment, engender the spirit of excellence in service delivery, reform the fashion industry and pave way for the fashion industry to become a foreign exchange earner for the country.”
The Iyalode of Yorubaland,Chief Mrs Alaba Lawson, commended Otunba Taiwo for his innovation, originality and consistency in the fashion industry.She said he had made a significant impact and he is passing the baton to young and industrious men and women to carry on.
The Commissioner for Agriculture,Dr Samson Odedina also commended the management of the Institute for the role in creation of employment,and giving hope to young people.He also appreciated groups,NGOs, Corporate Organizations who are partnering with the Institute in training young and inspiring entrepreneurs.
Dr Odedina mentioned that the desire of Prince Dapo Abiodun administration is to reduce poverty and provide employment for the increasing number of youth in the state.