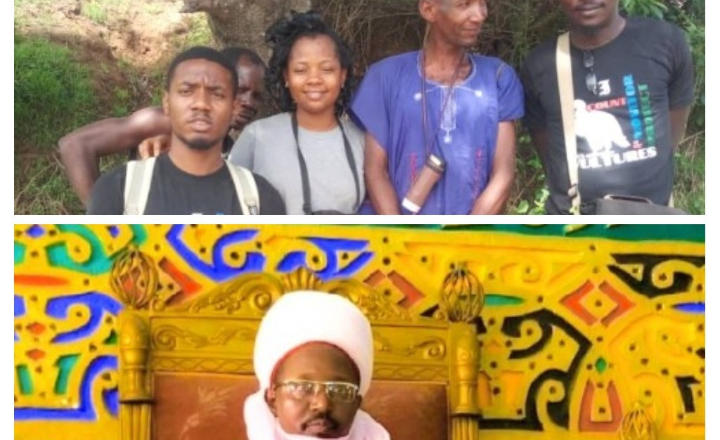 Communities across Nigeria have been called upon to appreciate and support biodiversities conservation efforts within their areas to ensure the sustenance of the projects which would offer them immense socio-economic and environmental benefits if properly nurtured and protected.
The Director General, Nigerian Conservation Foundation (NCF), Dr. Muhtari Aminu-Kano who made the call gave an assurance that the foundation and its partners would give maximum supports through funding, trainings and others to community based organisations that show strong commitment in conservation efforts.
He was speaking at the inauguration of the Gashaka Biodiversity Support Initiative (GBSI), that would enable the conservation of endangered organisms including Vultures in Gashaka Kingdom, Taraba State held on Monday, May 17, 2021.
GBSI, which is an autonomous biodiversity programme by residents of Gashaka Community has a Board of Trustees with the Emir of Gashaka Kingdom, Alhaji Zubairu Hamman Gabbo as Chairman and is being used as an avenue to reward the Community for its steadfastness in protecting the national park within its domain.
In a speech entitled “Community-Based Organisation: Issues and Implications for Rural Biodiversity”, Dr. Aminu-Kanu said the people of Gashaka deserved recognition, applause and commendation for jealously guarding and protecting the national park in their area and making sure that the organisms there were still intact.
The Gashaka-Gumti National Park which was gazatted from two games reserves in 1991, measures about 6,402 square kilometers, making it the largest in Nigeria and Africa in general.
Dr. Aminu-Kanu while noting that the Emir of Gashaka Kingdom Alhaji Zubairu Hamman Gabbo and his community have been quite supportive, promised that the foundation would continue to assist whatever they do thus making sure that their efforts are not in vain.
The NCF DG commended Emir Gabbo specially for his fatherly sacrifice in donating six hectares of prime land in his community in support of the Gashaka Biodiversity Support Initiative.
His words; “The Nigerian Conservation Foundation has had a long history with Gashaka and the Gashaka-Mumti National Park. For long time, we have supported the protection, research and community based activities in the park, and in partnership with some of our international partners including the WWF, BirdsLife and the Royal Society for the Protection of Birds (RSPB). So all that have culminated in today because today is the launch of a genuinely independent, autonomous community based organisation in support of biodiversity around a very rich and highly biodiversed and largest national park in Africa. It is really a historical moment.

“The Emir and his community have been quite supportive, and this is remarkable because it is not the same story around other parts , not just in Nigeria, but around the world.
“It is their culture, motivation and works that has led to the endurance of biodiversity in the park and I can see that confidently coming from Kano which is an urban areas, we have degraded our own biodiversity.
” It is because they have taken care of those resources, not just for themselves but for Taraba, Nigeria and the rest of the world and they have done that at considerable cost.
“They have restricted their own access to resources that they could if they had given a short view, they could have thought they would maximize their economic benefits by destroying those resources.
“But their culture, attitude, behaviour and leadership has resulted in the fact that those resources are still intact.
” We must recognize, applaud and commend their endurance and forebearance for what they have currently. And we must strive to support whatever they do in whichever way we can make sure that their efforts are not in vain.
To provide some sort of succur to the community in order for them to also derive some benefits from those resources that they had been safeguarding for us and the rest of humanity.
“I commend you, Your Royal Highness for the foresight and for the hard work, you and your community in making sure that we have the biodiversity to boast of around Gashaka.
“I must also commend you specially for your father sacrifice in donating six hectares of prime land around your community in support of this initiative.
“I am going to commit my organisation, NCF and my energy in order to make sure that we provide all the support that we could provide to make sure that the initiative endures and flourishes and achieve its worthy goal and objective under your leadership as the Chairman, Board of Trustee”.
In his remark, Emir Gabbo promised that in addition to donating 6 hectares of land for the Gashaka Biodiversity Support Initiative, GBSI, he would use his power, privileges and connections to ensure that the initiative survived, adding that it would provide opportunities for job creation especially for the youths of his community.
Emir Gabbo who appealed to the NCF, GBSI trustee members, national and international partners for their undiluted committed, promised to bring on board global best practices in making the initiative a master piece, thereby justifying the unique role of indigenous people in nature conservation.
“This is the first time in the recorded and known history of conservation that a truly indigenous Organisation headed by no other person than myself is set up to launch the required synergy in support of rural biodiversity conservation in Nigeria. It is our hope that we shall through GBSI, raise the status quo for enhanced social inclusion, indigenous scholarship, job creation and improved participation of our teeming population in the conservation of collective heritage. I want to appeal however that GBSI required the undiluted commitment of its Board of Trustees, NCF and several other national and international groups to survive the usual attendant early stages challenges. In my capacity, I shall deploy my privilege and networks towards the long term survival, expansion and operation of GBSI”, he assured.
He explained further that, “today’s event marks an important history in the achievement of our internal mechanism and capabilities as indigenous people towards upholding the principles of sustainable development for the collective benefits and development. The journey towards establishing of Gashaka Biodiversity Support Initiative, GBSI commenced in 2019 and we are indeed grateful to the Almighty Allah and the NCF for steering and staying true to the process that birthed the community based Organisation”.
Contributing, Professor Esther Okunade of Ladoke Akintola University of Technology, Ogbomosho, Oyo State, who is one of the coordinators of GBSI, said her role would be to find how the initiative would impact lives and livelihoods of people of the community.
Other speakers at the virtual meeting described the Gashaka Biodiversity Support Initiative as a welcomed development and one that would change the narrative of biodiversity conservation in Nigeria, since it would promote the participation of rural dwellers in the efforts.
Mr. Junaid Dikko of African Nature Initiative, a member of the GBSI Board of Trustees was present among others. According to the Project Coordinator, Mr. Stephen Aina, BirdLife Africa steered and funded this initiative established by NCF.