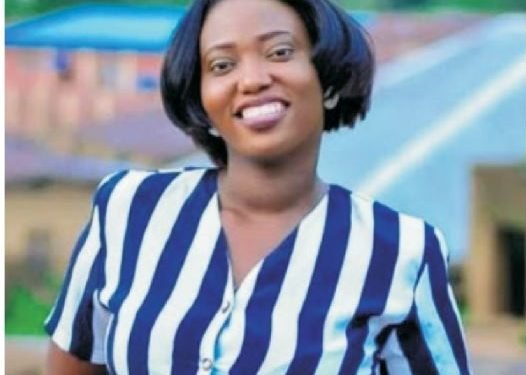 Management of Federal Medical Centre, Abeokuta in Ogun state has denied a social media report that its mismanaged and neglected one of its patients known as Josephine Olayemi Odufowora, saying the patient’s father distorted facts and was indeed economical with the truth.
The family, through a statement signed by the deceased’s husband, Odufowora David and brother, Olayemi Philip,  claimed that the late Josephine was never attended to for 24 hours, despite the fact that she came into the facility in throes of pain and in dire need of urgent attention.
They insisted that after all prescribed tests were made and given to the nurses on duty on Monday 14 June by 9:00am, not a single attention was paid to her, causing a concerned woman to advise them to take her to nearby Sacred Heart (hospital), Lantoro, if they cared to save her life.
But in a swift reaction, the hospital’s Head of Public Relations and Information, Mr. Segun Orisajo claimed that the patient discharged herself from the Centre against medical advice while her treatment was fully on course.
Orisajo explained that, against the blatant lies by the patient’s father, Josephine was never neglected nor left unattended to right from the time she was brought into the hospital till the time she subsequently discharged herself from the hospital.
The hospital’s imagemaker who noted that late Josephine was given the best of medical care and services available at the hospital, said all investigations she was asked to do were essential and crucial and holistic to her management.
“The above named patient was referred from state hospital Ota on account of Thyroid disease in pregnancy at estimated gestational age of 25weeks complicated with severe lower abdominal pain. “The team on call saw her on the 13th of June, 2020 at 10:10pm. The diagnosis of Graves’s disease in pregnancy (multiple gestations) was confirmed.
“She was resuscitated and the following investigations were requested, FBC, urgent PCV, malaria parasite, Urinalysis, urine M/C/S, VDRL, HbsAg, RVS, HVS M/C/S/,E/U/CR, TFT,LFT, Obst. USS.
“By the mid-night (14-06-2020) the medical team on call reviewed her. They agreed with the diagnosis and requested for more investigations, ECG, Echocardiography, thyroid scan and commenced her on Anti-thyroid medications.
“Patient’s symptoms abated except for occasional abdominal pain (mild) and this was managed with analgesics.
“She was reviewed on the 15th of June, 2020 with the result of Obstetric ultra sound. The demise of one twin was discussed with her and the need to manage the second twin conservatively was discussed with her due to her toxic clinical state and possible complications with aggressive intervention. She agreed to the management plan as explained.
“Thereafter, the Prognosis was made known and essentially, the need to complete her outstanding investigations.
“By the 16th of June, 2020; patient discharged herself against medical advice in spite of all persuasions. This is the brief of the patient’s management while under our care.”