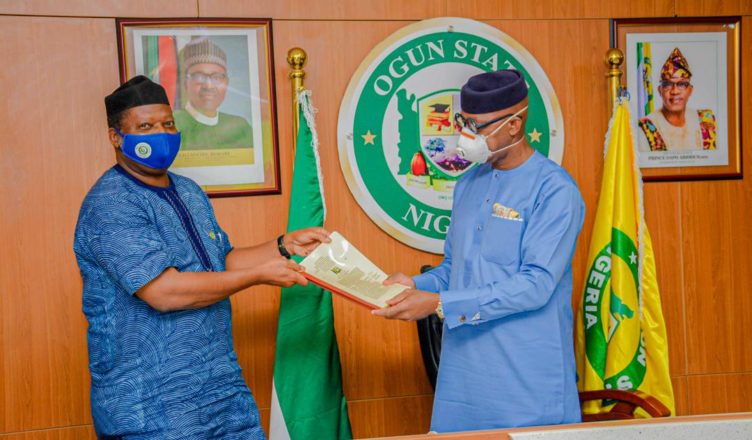 Ogun State House of Assembly has acknowledged a correspondence from the State Governor, Prince Dapo Abiodun requesting for another three-month extension of the tenure for the present Local Government Transition Committee chairmen and members.

The Speaker, Rt. Hon. Olakunle Oluomo, who read the Governor’s letter dated 16th October, 2020 before the lawmakers at a plenary held at the Assembly Complex, Oke-Mosan, Abeokuta, stated that the governor’s request followed the tenure expiration of the committees on 19th October, 2020.

The Speaker while forwarding the request to the Committee on Local Government and Chieftaincy Affairs for further legislative actions and to report back to the Assembly, thereafter urged the Governor to set machineries in motion towards ensuring the timely conduct of the councils’ elections.

It would be recalled that the Assembly had earlier granted an approval for the appointment of the committees in January 2020 and subsequently extended their tenure of office in April and July respectively by a period of three months.

In another development, the Assembly has lauded the State government for its swift response to the yearnings of the residents of the State, especially the youth during the recent ‘#ENDSARS protest’, held across the State and the nation, just as the Assembly also commended the youth for their display of maturity and orderliness in the course of the protest.

Oluomo while giving the commendation in response to the submissions of the State lawmakers, who took turn to report happenings in their constituencies under Personal Explanation, noted that the State Legislature identified with the youth on the peaceful agitation and would enact more legislations towards enhancing youth development and participation in governance.

Stressing the importance of public infrastructure to the people’s welfare, the Speaker opined that all residents should work together at protecting public infrastructure within their jurisdictions, while the present administration remained committed to providing more social amenities for the people, which could only be achieved in a peaceful atmosphere.