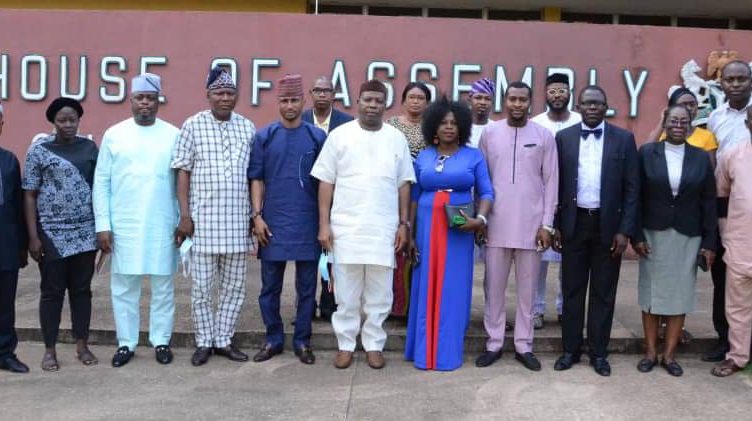 Ogun State House of Assembly has passed a bill for a law to make provision for the State Legislative Funds Management Law, 2021 as part of the major prerequisites for the implementation of the financial autonomy for State Legislatures across the nation.
The passage of the bill title: “H.B No. 067/OG/2021- A Bill for a Law to make provision for the Ogun State House of Assembly Legislative Funds Management and other Matters Connected therewith, 2021” followed the presentation of the report of the House Committee on Finance and Appropriation by its Chairman, Kunle Sobunkanla at a plenary presided over by Speaker Olakunle Oluomo.
Sobunkanla thereafter moved the motion for the adoption of the report, seconded by Hon. Ganiyu Oyedeji and supported by other lawmakers through a voice vote.
The bill was later read and adopted clause-by-clause after which the motion for the third reading was moved by the Majority Leader, Yusuf Sheriff, seconded by the Deputy Speaker, Akeem Balogun, after which the Clerk of the House and Head of Legislative Services, Deji Adeyemo did the third reading.
Responding, Speaker Oluomo directed that the clean copy of the bill be transmitted to the Governor,  Prince Dapo Abiodun for his assent.
In another development, members of the State House of Assembly have unanimously passed votes of confidence on the State Governor, Prince Dapo Abiodun and the Speaker, Rt. Hon. Oluomo, describing them as worthy leaders, who had  made remarkable feats in the affairs of the executive and legislative arms respectively in the last two years.
The passage of the vote of confidence followed the adoption of a resolution moved by a member representing Remo North State Constituency, Hon. Solomon Osho, seconded by his Abeokuta South I counterpart, Yusuf Adejojo and supported by other lawmakers through a voice vote.
Osho added that it was worthy of commendation to acknowledge the peaceful leadership of Speaker Oluomo which has brought about the passage of over 37 bills, likewise the massive infrastructural projects, especially road construction and rehabilitation, housing projects and other laudable programmes in other sectors of the State economy being witnessed in the last two years.