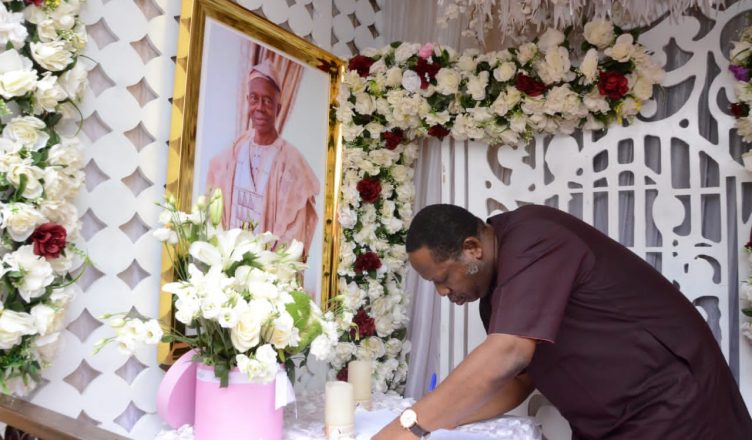 The Speaker, Ogun State House of Assembly, Rt. Hon. Olakunle Oluomo, has led his colleague-lawmakers to pay a condolence visit to the family of the State Governor, Prince Dapo Abiodun on the demise of his father, Dr. Emmanuel Abiodun, describing the deceased as a true father who lived a life worthy of emulation by the present and upcoming generations.

Oluomo, during the condolence visit at the Iperu country home of the Governor in company of his Deputy, Akeem Agbolade, Honourables Yusuf Sherif, Adeyemi Ademuyiwa, Yusuf Adejojo, Solomon Osho, Oludaisi Elemide and Yusuf Amosun amongst others recalled that the lifetime of the late Pa Abiodun reflected forthrightness and integrity which were to be imbibed by all.

He later signed the condolence register in honour of the deceased and prayed for the entire family he left behind, while encouraging them to further appreciate God for a life well spent by the departed.

Responding on behalf of the family, the Wife of the Governor, Mrs. Bamidele Abiodun stated that her father in-law lived a fulfilled and righteous life, while appreciating the lawmakers for their visit.