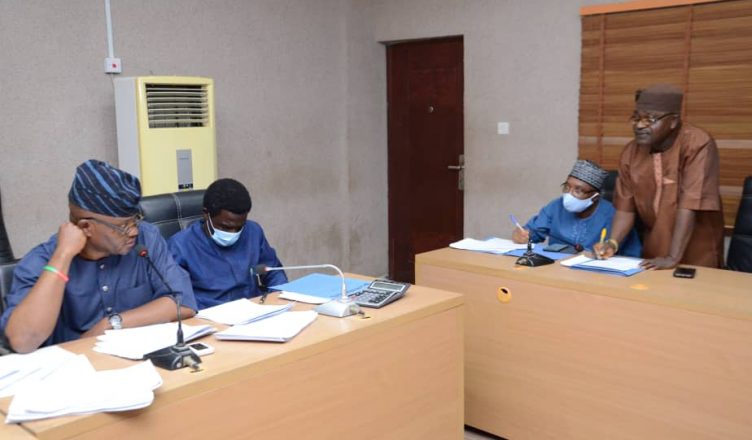 Ogun State House of Assembly through its Committee on Public Accounts and Anti Corruption led by Hon. Musefiu Lamidi, has expressed displeasure over the inadequate explanations and failure of the State Universal Basic Education Board (SUBEB) to provide supporting documents in response to infractions it allegedly committed in the 2015-2019 audit queries.

Lamidi in company of his deputy, Abdul- Bashir Oladunjoye as well as Honourables Kunle Sobunkanla, Adeyemi Ademuyiwa and Ganiyu Oyedeji, expressed the displeasure while considering the 2015- 2019 audit reports of the Board, re-emphasising that the Board’s Management was expected to provide detailed explanation and supporting documents on maintenance of plants/generators, with clarifications on what was attributed to the significant increase in plant/ generator maintenance for N248, 000: 00 in 2018 to N4,261,076.52 by 2019 in spite that no additional generating set was added from 2015 to 2019.

The lawmakers who further enquired from the Board the basis for the increase in vehicle maintenance which gulped N215, 800:00 in 2018 and then jumped to N9,674,883.62 in 2019 with no record of additional vehicles provided during the period under review, directed the board to present the requested documents on Wednesday, 30th June, 2021.

“The Committee review of your submission reveals that the Board concentrated only on two major expenditure headlines and total neglect of other. In your submission, the House Committee will be glad to know the projects on which the counterpart funding was applied”, Lamidi queries.

Responding , the Board’s Executive Secretary. Mr. Wasiu Kuye and the Director of Finance and Accounts, Usman Ojelabi assured the lawmakers that all requested documents would be submitted in with the Commttte’s directive.

In another development, the Committee on Public Accounts and Anti-corruption has lauded the State Ministry of Women Affairs and Social Development for its various empowerment programmes targeted at ensuring economic independence for the women and vulnerable groups in the State, with an admonition to the ministry to set more strategies to ensure increased women participation in governance.

The Chairman of the Committee, Musefiu Lamidi, gave the commendation while examining the 2015-2019 financial records of the Ministry as presented by the Permanent Secretary, Mrs. Melutia Ogunremi at the Assembly Complex, Oke-Mosan, Abeokuta.

Lamidi commended the management of the Ministry for effectively utilizing the available resources in the years under review at providing empowerment programmes for women across the three senatorial districts as well as ensuring vocational and professional trainings for women to promote self-sustainability.

Decrying the prevalent rate of rape cases, especially on minors, the lawmakers called for measures towards curtailing the dastardly act, while promoting child rights in the State.

They also challenged the Management of the Ministry to further uphold the principles of accountability, transparency and proper record keeping towards ensuring value for government’s resources.

Responding, the Permanent Secretary, Mrs. Ogunremi assured the lawmakers of sustained efforts towards achieving self- sustainability for women and other vulnerable groups, adding that plans were underway for the commencement of operations of the destitute rehabilitation centre in the State.