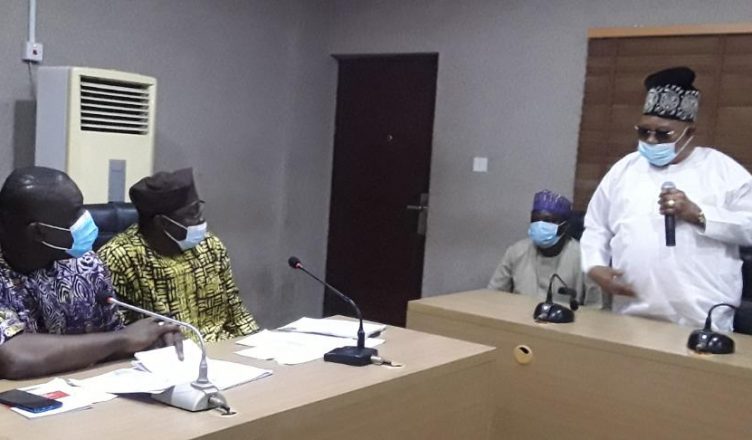 In a bid to find a lasting solution to land-related dispute among parties laying claims to disputed land properties in Ijeja-Sorebi- Oju Irin- Igbore- Elediye- Opelifa, Ogun State House of Assembly in line with its quasi-judicial functions has warned all the concerned parties to maintain peace and avoid any act that could lead to a break down of law and order in the affected communities.
The Assembly through its Lands and Housing Committee led by Hon Damilola Soneye issued the warning during a meeting with the concerned parties including Chief Mutairu Owoeye and members of the affected communities led by Baale of Opelifa, Chief Awopeju Saheed at the Assembly Complex, Oke-Mosan, Abeokuta, as a follow-up to a petition earlier submitted to the Assembly in the previous week.
Soneye in company of Honourables Kemi Oduwole, Kunle Sobunkanla, Yusuf Amosun warned against the forceful enforcement of court judgment with thugs, saying anyone caught to be involved in any act that could hinder the peace and tranquility of the area would be dealt with according to the law.
He also enjoined all the parties to submit relevant title documents in respect of the disputed land, promising that the Assembly alongside representatives from the Lands Bureau would do a physical verification visit to the landed property.
The Committee Chairman also counseled the residents of the community to maintain peace as the issue was being resolved in the interest of peace and development of the State.
He stressed that it was necessary for whosoever that obtained court judgment to approach the necessary government agencies for the execution of court declaration, pointing out that the State would not condone mobilization of thugs for forcible land invasion.