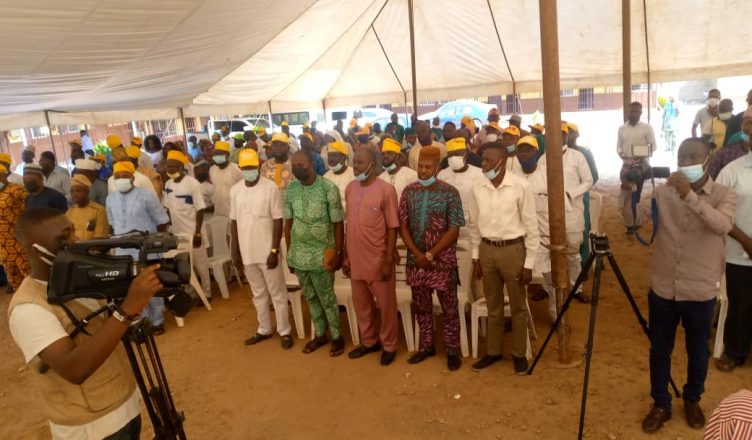 The Ogun State Independent Electoral Commission (OGSIEC) has issued Certificates of Return to all the 236 Councillors who emerged victorious during the Saturday, July 24, 2021 Local Government elections in the State, with a call on them not to let the people down.

OGSIEC Chairman, Mr. Babatunde Osibodu, while issuing the Certificates at the Commission’s headquarters in Oke-ilewo, Abeokuta, further charged the Councillors to stick to their campaign promises, noting that they must see their victory as elevation from God and must ensure their tenures are noted for good.

“I congratulate you warmly for your victory at the elections. Just as I told the Chairmen, you were not elected by your own power, it is by the will and the grace of God and our prayer for you is that you will do the will of God and the people you are elected to serve will see that indeed, you are a true servants to them and by the end of your tenure, they will know it for good and that they will see your legacies and at the end of 3 years, the people that elected you will give their verdict,” Osibodu said.

He appreciate the Commissioners, Management and the entire staff of the Commission for their support at ensuring that the Council election was a success, saying, without their total support, the exercise wouldn’t have been a success.