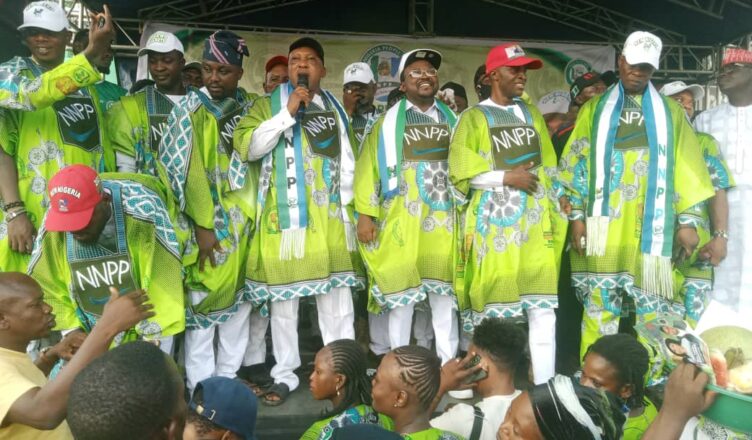 Alhaja Arowolo, a grassroots politician and astute business woman promised gender equality for women and social empowerment when the party wins in the forthcoming general election.

She added that the state is economically buoyant enough to take care of so many economic problems, but lack of good leadership made the state to be at this pitiable point.

The governorship candidate, Ambassador Oguntoyinbo emphasized that NNPP is the only opposition party that is determined to takeover the political leadership of the state, promised to reposition the gateway state.

The chairman of the party, Comrade Sunday Olaposi Oginni said the party have candidates in all the political positions, and determined to take over.

He said the ruling All Progressive Congress (APC) have failed, and the good people of Ogun state deserve a change of leadership which NNPP will provide.

Comrade Oginni called on the people to use their voting power to bring sanity to political leadership in the state, by voting out APC as NNPP takes the Barton.