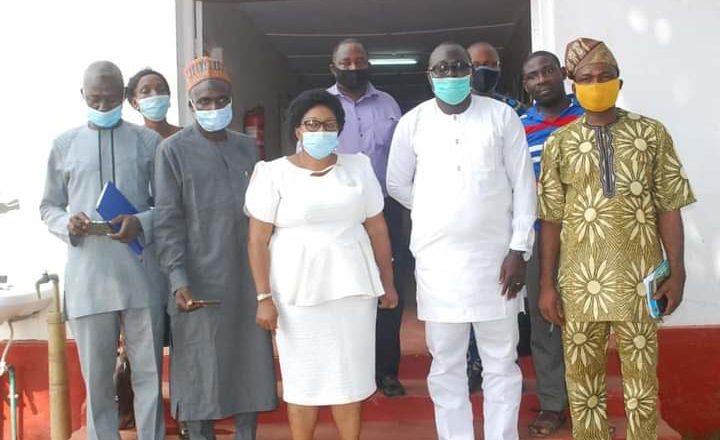 Leader of the delegation who is also the Director, Planning, Research and Statistics, ARDS, Yahaya Hussaini, in his remarks said the seamless land Aquisition, land management, farm settlement as well as farm estates operation of the state informed their choice of Ogun for the share-learning and they are ready to implement same.

“We are here because of the various success stories of Ogun State in terms of Agriculture. It was indeed a fruitful visit, we have been to other states but what we saw in Ogun State is a wide margin, and we came to the conclusion that Agriculture is the way out of our challenges.

“We saw the farm institute and estate operated by the state government as well as the skilled personnel and we we’re thrilled and they are all worthy of emulation”, Yahaya said.

He added that the FCT-ADP was looking at ways of harnessing the potential of youths in the FCT in Agriculture as well as dissuade them from over relying on white collar jobs, saying Agriculture could be used to take many out unemployment.

Yahaya submitted that the Ogun Broiler Project as well as Fisheries production will be replicated in the FCT-ADP, believing it will further help to boost its Internally Generated Revenue (IGR).

He attributed the successes recorded to the support gotten from the State Governor, Prince (Dr.) Dapo Abiodun, committed staffers, collaboration with Development partners, noting that it was poised to do even more this year.

Welcoming the Team, Commissioner for Agriculture, Dr. Adeola Odedina said it was time for Nigeria to create a synergy and cross fertilize ideas that would engender modern commercial farming and industrialization.

“It is interesting that you came to know how we handle our projects. People from other states also came last year and we will also
visit some states to learn from them. I thank you for choosing to come and tap from the wealth of experience of the state, Ogun is not a “know it all state”. We are also open and ready to collaborate and learn from other states