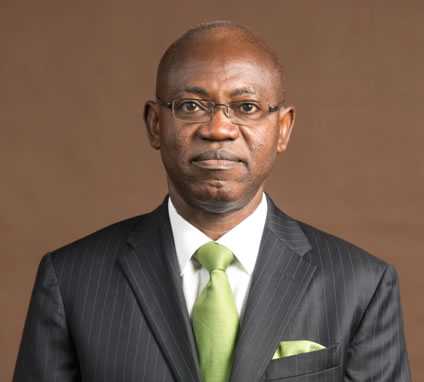 The All Progressives Congress, Youth League in Ogun State has felicitated with the Secretary to Ogun State Government, Mr. Olatokunbo Joseph Talabi on his birthday today, Tuesday, 16th June, 2020.

Coordinator of the League, Comrade Olamide Lawal in a congratulatory message, lauded the achievements of the SSG in 58 years of his birth.

Lawal, who doubles as Special Assistant to the Governor on Youth and Sports described the ‘birthday boy’ as a “Silent Achiever”

According to him, ‘ Mr Talabi is humility personified, a leader exemplar, Administrator per excellence, a refined Entrepreneur, a Godly minded and a thorough-bred Change agent who is an indisputable Engine room in the present administration’

He recalled several conversations he had had with the SSG on Progressive issues towards the actualisation of the present administration’s agenda especially for the Youth Constituency in the state.

Comrade Lawal called on him to continue in the line of Success with which he had been known for in the past.

He believed that Successful men do not make Noise about themselves but their works do.

The Youth leader on behalf of the progressive youths in the State wished him longevity and prosperity, in sound state of Health.