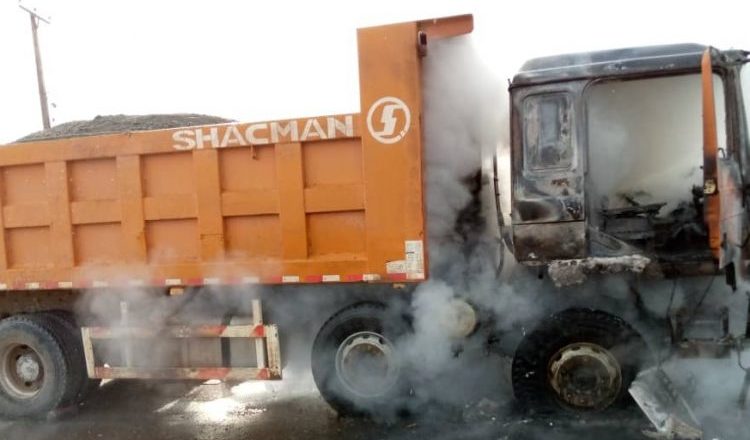 Concerned by the high rate of avoidable accidents caused by trucks/ articulated drivers leading to loss of lives, Ogun State House of Assembly has convened a stakeholders’ meeting with the players in traffic management to deploy a holistic approach towards checkmating the recklessness and overbearing attitudes of some of the drivers on all roads within the State.
The meeting held at the Assembly Complex, Oke- Mosan, Abeokuta, was at the instance of the State Assembly’s Committee on Transport led by Hon. Oludaisi Elemide, had in attendance the representatives of the Commissioner of Police in the State, ACP Muyideen Obey and Traffic Compliance and Enforcement Corps,(TRACE) Commandant ‘Seni Ogunyemi.
Elemide noted that there was need to amend the various transport related laws, including that of TRACE to instill sanity in the system, while calling for a return of weigh bridge by government at the entry of cities and towns checkmate overloading of trucks, which often caused damages to the roads.
According to him, those trucks/articulated drivers always intimidated other road users, scaring them out of the road and often times, causing avoidable accidents leading to death, explaining that there was need for the enforcement of the installation of speed limiting devices in the vehicles and the need to strengthen the relevant law to ensure that any erring driver faces the full weight of the law.
In his presentation, ACP Muyideen Obey, affirmed that the State, being the industrial hub and gateway to Northern and Southern States, often experienced massive inflow of traffic, requesting for intelligent advocacy and an increase in sensitization programmes for drivers to orientate them on traffic rules and regulations.
Calling for a more improved database for all categories of vehicles, ACP Obey sought for a more robust synergy between the law enforcement agencies and the judiciary arm of government with a view to speeding up the arraignments and subsequent prosecution of erring drivers.
He called for a review of the process of the issuance of drivers’ licenses; this he noted would help streamline access to drivers’ license, especially by heavy-duty truck drivers.      Contributing, the TRACE Commander, ‘Seni Ogunyemi stressed the need for the Federal Government to allow State Government take over the management of intra-city roads within the State to ensure effective maintenance and monitoring, adding  that inter-agency collaboration among all road traffic enforcement agencies would further reduce road crashes, and its attendants consequences.
In the same vein, the House Committee on Public Account and Anti-corruption led by Hon. Musefiu Lamidi has enjoined the Management of the Olabisi Onabanjo University Teaching Hospital, Sagamu to put in place a more effective mechanism in the running of the tertiary health facility.
Hon. Lamidi gave the advice, while playing host to the management of the institution led by the Chief Medical Director, Dr. Peter Adefuye at the Assembly Complex, Oke-Mosan, Abeokuta as part of the ongoing consideration of the Auditor reports for 2018 and 2019.
He enjoined them to be more proactive in the documentation of their financial reports and other records as well as ensuring continuous tracking of other facilities.