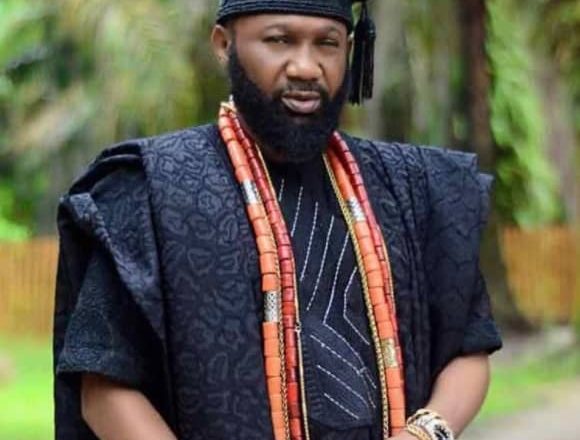 The Ogun State House of Assembly has requested the security agencies to arrest one Mr. Goriola Hassan, who has been unlawfully parading himself as the King elect of Imobi in Ijebu East Local Government Area of the State and present him to the Assembly within 14 days of the passage of its resolution.

The Assembly’s request was consequent upon the presentation of the report of the House Committee on Local Government and Chieftaincy Affairs by its Chairman, Hon. Bolanle Ajayi, who later moved the motion for its adoption, seconded by Hon. Ganiyu Oyedeji and supported by all the lawmakers through a voice vote at a plenary presided over by Speaker Olakunle Oluomo.

According to the Committee’s observations, Goriola had converted a government building to private use; disobeyed the orders of constituted authority to stop parading himself as the Olu of Imobi, and that his activities had been causing tension that could lead to serious crisis among Imobi indigenes if not checkmated.

The Committee affirmed that the Onitasin of Itasin remained the only King and prescribed authority in Imobi Land and had not granted such consent to the said Goriola.

The Committee in its recommendations directed that the government building, which was the Government’s Community Dispensary House at Fotedo, Imobi earlier converted to private use by Mr. Goriola be taken over by the community and he should be declared wanted and handed over to the security agencies for presentation before the Assembly accordingly.

The resolution also enjoined the Ministry of Local Government and Chieftaincy Affairs to take neccesary steps to ensure that the said Goriola stop parading himself as a monarch in the area.

It would be recalled that the Assembly had earlier extended three separate invitations to Goriola on Tuesday, 10th August, 17th August and Thursday, 2nd September, 2021 respectively all of which he failed to appear to respond to allegations levelled against him by the members of the Imobi Descendants’ Union, Imobi Ijebu Development Association, the Baales of the 36 villages in Imobi at the instance of the lawmakers.

In a related development, the Assembly has recommended that the State Bureau of Lands and Survey should proceed to register the deed of Assignment on the parcel of land covered by Certificate of Occupancy 026061 dated 14/07/2007 and registered as 69/69/664 as the Court did not inscribe the registration particulars of the Certificate of Occupancy in the Court Judgment.

The recommendation followed the presentation of the report of the Committee on Lands and Housing by its Chairman, Damilola Soneye, who later moved the motion for its adoption, seconded by Hon Kemi Oduwole and supported by all the lawmakers through a voice vote.

Consequently, the majority Leader moved the motion for adoption of the report seconded by Solomon Osho, with the concurrence of other lawmakers through a voice vote.