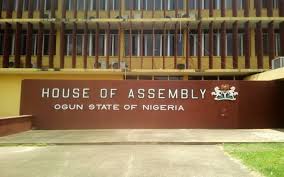 The passage of the bills followed the presentations of the reports of the Committees on Public Accounts and Anti-Corruption, Health as well as  Finance and Appropriation by Honourables Musefiu Lamidi, Adegoke Adeyanju and Olakunle Sobukanla respectively, who later moved for the adoption of their various reports seconded by Honourables Abdul Bashir Oladunjoye, Atinuke Bello, Ganiyu Oyedeji and Ademola  Adeniran and supported by the Whole House through a voice vote during the plenary presided over by Speaker Olakunle Oluomo at the Assembly Complex, Oke-Mosan, Abeokuta.

The bills were later read and adopted clause by clause before the Committee of the Whole House, while the motion for their third reading was moved by the Majority Leader, Yusuf Sheriff  and seconded by Honourables Modupe Mujota, Oladunjoye, Jemili Akingbade and Sylvester Abiodun and with the affirmative support of the Whole House.

The Clerk of the House, Mr Adedeji Adeyemo, thereafter did the third reading of the bills, while the Speaker directed that the clean copies of the bills be forwarded to the State Governor, Prince Dapo Abiodun for his assent.

Meanwhile, the Assembly has acknowledged the receipt of a correspondence from the State Governor, Prince Dapo Abiodun conveying his request for the passage of three bills including amendment of a bill on Ogun State Public Procurement law 2014 as well as that of the amendment of Ogun State Statistics law 2012 and the establishment of the Ogun State Waste Management Authority