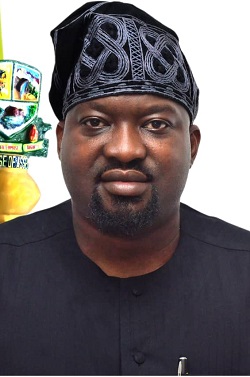 To further entrench accountability and transparency as well as ensure effective planning through reliable statistical data in the running of government in Ogun State, using the instrument of legislative framework, the State House of Assembly has passed two bills including the Ogun State Public Procurement (Amendment) Law, 2020 and State Statistics (Amendment) Law, 2020.
The bills titled “H.B. No. 046/OG/2020-A Bill for a law to amend the Ogun State Public Procurement Law, 2014” and  “H.B. No. 047/OG/2020- A Bill for a law to amend the Ogun State Statistics Law, 2012” were passed during a plenary presided over by the Speaker, Olakunle Oluomo after the separate presentations of the Finance and Appropriation Committee’s reports by the Chairman, Olakunle Sobukanla.
Sobukanla, thereafter moved the motion for the adoption of the reports which were seconded by Honourables Solomon Osho and Oludaisi Elemide respectively and supported by the Whole House through a voice vote after which the bill was later read and adopted Clause- by – Clause.
The motion for the third reading of the bills was later moved by the Majority Leader, Yusuf Sheriff, seconded by Honourables Ganiyu Oyedeji and Ajayi Lateefat , while the Assembly Clerk and Head of Legislative Services, Deji Adeyemo  took the third reading of the bill.
Responding, Speaker Oluomo who directed that the clean copy of the bills be forwarded to the Governor, Prince Dapo Abiodun for his assent, pointed out that the passage of two bills were part of the Assembly’s quest at ensuring accountability, transparency and prudency especially in the administration of funds coming into government’s coffers with a view to enhancing the socio-economic development of the State.