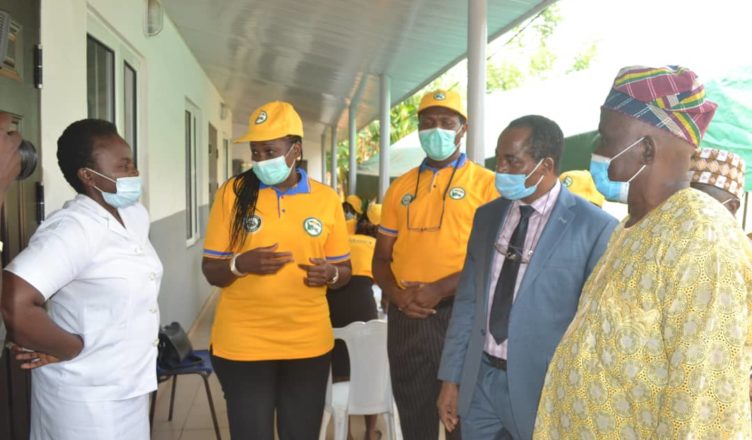 The Ogun State Government has commenced the registration of 20, 000 vulnerable individuals across its 20 local government areas for free and qualitative healthcare services in government-owned facilities.

This was revealed by the Commissioner for Health, Dr. Tomi Coker, while monitoring the registration process under the Basic Healthcare Provision Fund at the Primary Health Center, Iperu in Ikenne Local Government.

Coker said that the move was in line with the National Health Act of 2014 which established Basic Health Provision Fund for children below age 5, pregnant women and people above 65 years old who cannot afford to pay for Health services from their pockets.

She said the treatment for the first set of the vulnerable would begin almost immediately.

The Commissioner said that the basic package under the fund include antenatal care for the pregnant women as well as postnatal care up to six weeks, pointing out that overall treatment would be given to children up to the age of 5 while the vulnerable would have access to treatment for headache, common malaria, blood pressure, diabetes, Tuberculosis and other basic medical conditions.

She said that any treatment that is not available at the nearest Primary Health Center would be referred to the General Hospital for further management.

The Commissioner also noted that the move would be followed by the official launch of Ogun State Health Insurance which would involve the contribution from both formal and informal sector.

“We are registering 1,000 persons per local government across the state while services would begin almost immediately in the next 60 days.

“The basic package under the Basic Health Provision Fund include antenatal care for the pregnant women as well as postnatal care up to six weeks. We will give overall treatment to children up to the age of 5 while the vulnerable would have access to treatment for headache, common malaria, blood pressure, diabetes, Tuberculosis and other basic medical conditions,”Coker said.

Thanking the Ogun State Governor, Prince Dapo Abiodun for his commitment to the health sector, which is on the front burner of the present administration, the Commissioner disclosed that the Governor has released the sum of N100million start-up grant for the Basic Healthcare Provision Fund.

She also commended the Federal Ministry of Health for the imprest from the one percent consolidated revenue of the federation to drive the initiative.

Dosumu said that after the BHCPF scheme had been fully launched, all the beneficiaries would begin to access basic healthcare without any financial stress, adding that the government’s ultimate goal is to acheive universal health coverage.

One of the enrollees, Mr. Ganiu Salami said having access to affordable health care would be beneficial to him, saying resources he could have spent on healthcare would be used to feed his family.

Speaking on behalf of the aged who were called upon to enroll as beneficiaries of the scheme, Mrs. Muinat Ajike, expressed her gratitude to the State Government, adding that the scheme would bring relief to old people in her local government.