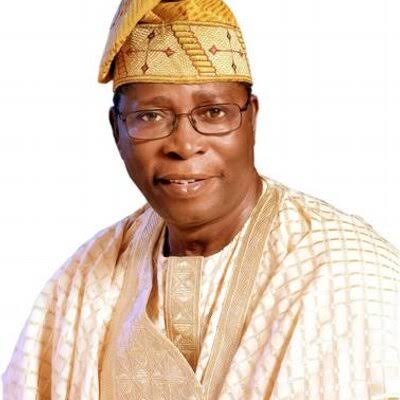 The Governor of Ogun State, Prince Dapo Abiodun and former President Chief Olusegun Obasanjo are among dignitaries expected to join other prominent personalities across the State on Saturday, September 18, 2021, at a Service of Songs and Tributes, organized in honour of the former Military Governor of old Oyo State and Administrator of Ekiti State, Late Brigadier-General Adetunji Idowu Olurin (rtd), mni, MFR, FSS, MSS, PSC, MNI, MFR, CON, KCHOAR (Liberia), at Ilaro.
The programme which will hold at the Cathedral Church of Christ, Ona-Nla, Ilaro is being put together by the Olu of Ilaro & Paramount Ruler of Yewaland, Oba (Dr.) Kehinde Gbadewole Olugbenle and the Yewa People Development Council (YPDC), an umbrella body of Yewa Clubs and Associations.
Chairman of the Planning Committee, Otunba Akeem Adigun, (Socopao), in a statement, e-signed by Prince Femi Dokunmu, spokesman for the Planning Committee and made available to infolitenews.com.ng, disclosed that the programme at Ilaro is one of the various burial arrangements put in place to honour Olurin as a Distinguished Son of Yewaland, Ogun State and Nigeria.
It would be recalled that Gen. Olurin (rtd) who was also the former Commander, ECOMOG, died on August 20, 2021 after a brief illness at a Lagos Hospital at the age of 76.
A Service of Songs & Night of Tributes comes up on Thursday, September 23, 2021 at the Officers’ Mess, 81 Division, Nigerian Army, 6, Marina Road, Lagos. Starting from 5pm, while the Final Burial Service takes place from 11am on Friday, September 24, 2021 at the Victoria Fellowship Church, Alma Beach Estate, VFC Close, Lekki-Epe Expressway, Lagos.