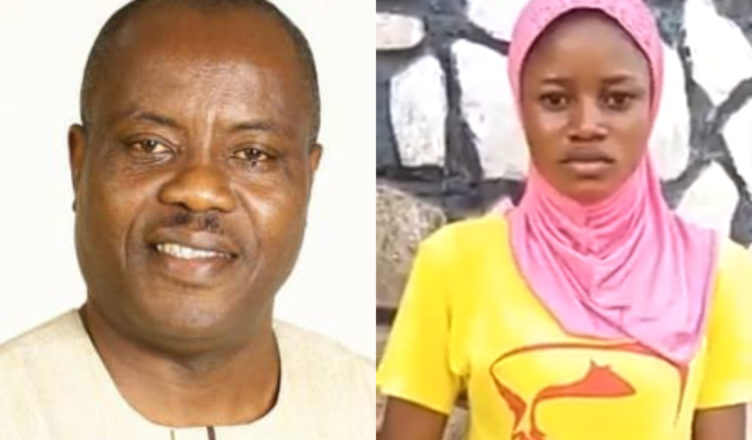 …says it is Political blackmail by adversaries

The Ogun state government have formally suspended the state Commissioner for Environment,ABIODUN Abudu-Balogun on the thrending video of sexual assault of a teenager (name withheld)few days ago.
The case which was reported at the Police divisional headquarters,Abigi,and the Commissioner was invited for questioning as Investigation was on going.
In a statement by Secretary to the State Government, Tokunbo Talabi,said the “suspect is being presumed innocent until proven guilty”.
He noted that the suspension was to make the commissioner cooperate with the independent investigation being carried out by the Police.

“The suspension is a further demonstration of the commitment of Prince Dapo Abiodun Administration to fairness, equity, justice and the rule of law, no matter who is involved.
“The government assures the public that it will do everything to ensure that justice is served in this case. In the meantime, the suspended Commissioner has been directed to hand over to the Permanent Secretary, Ministry of Environment.”The statement concluded.
Earlier,the Commissioner issued a public statement on the allegation where he denied the crime.
It read,”On this said day, the girl was brought to my house by one of my loyalists who is her Uncle, to assist her get a job as a Computer Operator at the ICT Centre I facilitated while I was serving as a member of House of Representatives years back which has been moribund but I am about to rehabilitate in order to empower more youths in our local government.

I met her at my sitting room for few minutes where many of my loyalists are, people that came to visit me for the New Year. I chatted with the lady for few minutes and as part of my usual gesture, I gave her some amount of money for her transportation. A day after, I was informed by some people that I have been alleged to have attempted to sexually harrass the girl and I should invite the family for a meeting so as to settle the matter amicably. It was after my refusal to yield to their threats that they went ahead to make a teleguided video leading the lady on what to say to implicate me. This is purely a political blackmail by my adversaries.”