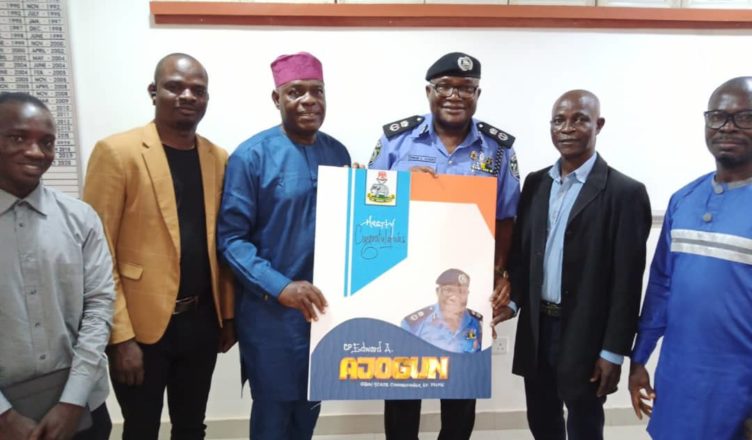 The Commissioner of Police in Ogun state,CP Edward Ajogun commended the role of Community newspapers in propagation of peace in the recent EndSARS violence in the state.
CP Ajogun made this known today at the Force Headquarters Eleweran during the courtesy visit of Federated chapel members of Nigerian Union of Journalist,Ogun Council.
He said the media played the role of key stakeholders in maintainance of peaceful society.He also added that,”our initial effort to carry the Community along in having a peaceful society really helped during the time of crisis.I gave kudos to Community leaders, opinion leaders, royal fathers,religion leaders,PCRC at different units who helped to curtail violence in different areas.”
CP Ajogun said the state is known to be a peaceful state,and the men of his command displayed high professionalism in crisis management and peaceful resolution.”I commend all our officers for their loyalty and resilient during the period, though it was a great challenge,but their ability to manage the crisis,and appeal to the community for peace.This we were able to achieve through our constant town hall meetings before the period.”
The CP advised Community to get involved actively in security matters by providing necessary information to security agencies,to have a peaceful society.
The team of the Community Newspaper Publisher led by the chairman,Alhaji AbuSatar Hamed,the Publisher of Startread International, JAJI OLAMILEKAN,publisher INFOLITE NEWSMAGAZINE,Seun Oduneye of THE ISSUES magazine and other members appreciated the CP for his gallantry role to control his men even in the face of provocation during the period.
The team promised that the media as a stakeholder would continuously enlighten the people on the danger of spreading fake news,and the consequences on the safety of our society.