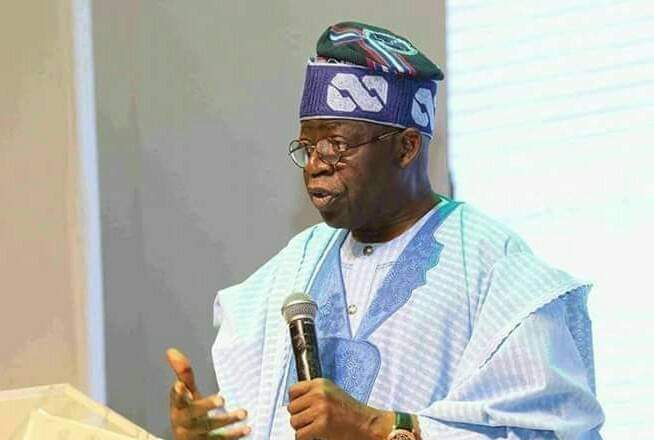 The Ogun State governor, Prince Dapo Abiodun, has extolled the National Leader of the All Progressives Congress (APC), Asiwaju Bola Tinubu, as he clocks 69 years.

Abiodun, in a statement signed by his Chief Press Secretary, Kunle Somorin, on Sunday, described Tinubu as an exemplar, icon of democracy and true elder statesman.

According to the statement, Tinubu’s giant strides in business, politics and governance, have stood him out among his contemporaries in the country.

While noting that the former Lagos State governor had laid solid foundation for continuity of good governance in Lagos, Abiodun added that Tinubu, through his political astuteness, Abiodun noted that had ensured that the southwest and indeed Nigeria, benefit from the progressive politics of the APC.

The governor, who prayed God grant the APC National Leader long life amid good health, as he inches towards becoming a septuagenarian, he expressed his joy that Tinubu is waxing stronger in spreading the gospel of progressive politics throughout Nigeria.

“On behalf of my family, the Government and good people of Ogun State, I felicitate the National Leader of our great party, All Progressives Congress (APC) and Statesman, H.E. Senator Bola Ahmed Tinubu on his 69th birthday.

“Your towering accomplishments, from the corporate world to being Senator of the Federal Republic, representing Lagos West to being elected twice as Governor and as the ONLY governor standing during the 2003 tsunami are testimonials of a political titan.

“Like phoenix, you are uncowed as the undisputable vanguard of progressive politics, irrepressible statesman and an icon whose unconditional service and time-tested leadership inspire hope in us.

“For your exceptional skills at political engineering, altruistic leadership and unwavering commitment to ethical democracy, we are very proud of you and would continue to cherish your
heritage of responsible statesmanship.

“At 69, it is our prayer that God Almighty will grant you more grace of many more years in the service of humanity and our fatherland in excellent health, limitless resourcefulness and with renewed vigour to better all your previous records combined.

“Many Happy Returns to the Asiwaju of Lagos, Jagaban Borgu and Aare Ago of Egbaland”, the statement stated.