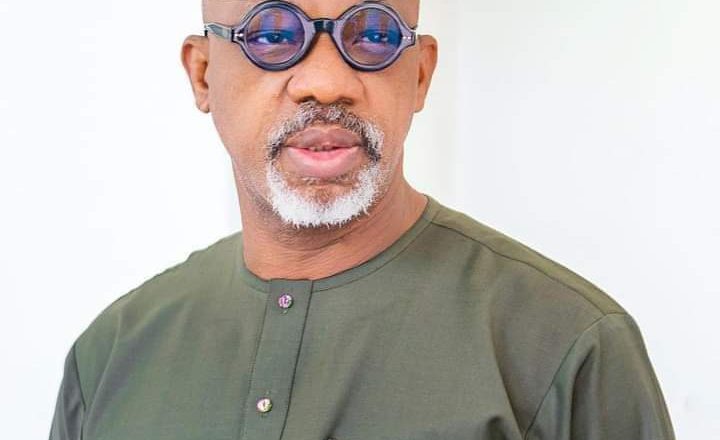 The Ogun State governor,Prince Dapo Abiodun said plans are under way by his administration to have a base of Nigeria Air Force and a Training School in the state.

This according to the governor is part of plans by his administration to build the first cargo airport in the country.

He reiterated that his administration would continue to do all it can to support all security agencies present in the state.

The governor who donated a pickup truck to the naval command and a car to the Nigeria Navy Secondary School, Abeokuta, equally promised to look at the issue of infrastructure in the school.

“We want to have the Nigeria Airforce here because we are building an airport and we will like to have a training school here as well.

“We will continue to do the needful in terms of providing the needed support for all the agencies of security that are present in Ogun State,” he stated.

Abiodun further disclosed that his administration was working to build a port in the riverine area as well as bring investment to the state through the area, urging the naval command to come to the aid of the state and help put a stop to attacks emanating from riverine areas.

“We are proposing and working on building a port in that area. We are building in partnership with others on maritime security. The waterside of Ogun State is one of the very open flanks, one of our vulnerable points, because, there, we are contiguous with the Niger Delta. Every now and then, our people in the region are attacked from the waters and at times kidnapped. We’ve been dealing with that,but can’t do it alone. I will like to sit down with you on how best we can collaborate
in the provision of security for that riverine area. It is one of the areas that we are looking to bring investment to,” the governor noted.

While noting that his administration has just resuscitated the joint military operation otherwise known as OPMESA, Abiodun warned that any attempt to undermine the security of the state under his watch would be dealt with.

In his remarks, Rear Admiral Jason Gbassa, while noting that the objective of the OP WATSE was pipeline protection, added that in light of emerging security situation in the country, the scope of the operation was reviewed to cover the entirety of the South West region and was renamed as the Joint Taskforce, Operational WATSE, South West Region.

Gbassa who noted that the state would benefit more from the taskforce with more deployment, added that it is the determination of the command to have more presence so as to be able to curb criminal activities in the area.

On the Tongeji oil rich area, the Flag Officer said the command has a deployment of its men in the area and presently working towards scaling up its presence by physically setting up an outpost.

He added that with the presence of the command in the area, it would be difficult for any country to lay claim to the island.