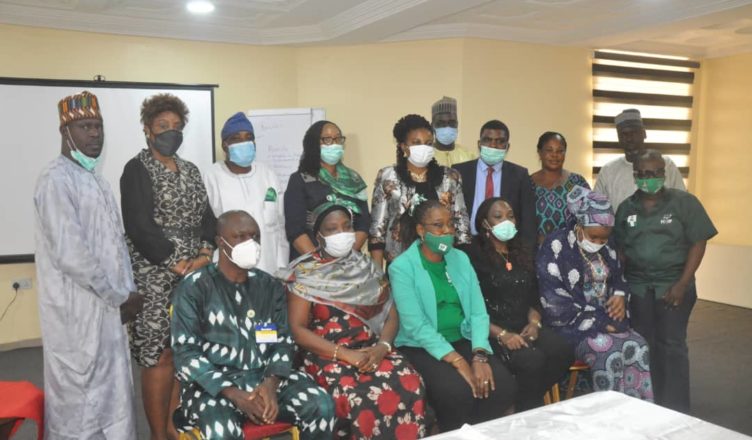 Ogun State Government have said efforts are underway to fully actualise the Federal Government Social Intervention Programme of N5,000 ( five thousand naira) stimulus package to the less privileged persons across the state .
The State Commissioner for Special Duties and Inter-Governmental Affairs, Barr. Femi Ogunbawo said this during a sensitization workshop on National Social Safety Net Programme (NASSP) Agenda for Household Uplifting Programme ( HUP) in the Federal Capital Territory, Abuja.
Barr. Ogunbanwo who was acompanied by the Permanent Secretary- designate in the ministry, Mr. Kehinde Onasanya expressed optimism that the Household Uplifting Programme ( HUP) when fully implemented will give relief to the vulnerable members of the society.
The Commissioner pointed out that the inability of the past administration to key into the Conditional Cash Transfer /Household Uplifting Programme of the Federal Government since 2016 had deprived the people of the state of its attendant benefits, adding that the passion of the present Governor of the state, Prince Dapo Abiodun for the less privileged , especially the vulnerable groups necessitated the move to re-engage the National Cash Transfer Office (NCTO) on the Memorandum of Understanding signed between them and the Ogun State Government in 2016.
“When this new government came on board , the Governor was worried of this inexplicable deprivation and instructed that we take all necessary steps to ensure that our people benefit from the scheme. We expect that every soon, our people will start to benefit immensely “, he said.
Barrister Ogunbanwo expressed gratitude to the Governor for giving the Ministry the necessary backing to pursue the poverty amelioration programmes. He described the training as very necessary to clarify the roles and responsibilities of various stakeholders in the implementation process.

Earlier in her remarks , the National Coordinator, Conditional Cash Transfer programme, Dr.Temitope Sinkaiye said the scheme was designed to improve the livelihood of the poor in Nigeria and enhance the economy of states, adding that the training was geared towards orientating the would-be personnels involved in the cash transfer programme on their roles and responsibilities and on how the programmes would be implemented. She explained that the training would not only promote synergy among stakeholders at the State level but would also enable the Focal Person and the implementer to work in line with the stipulated guidelines.