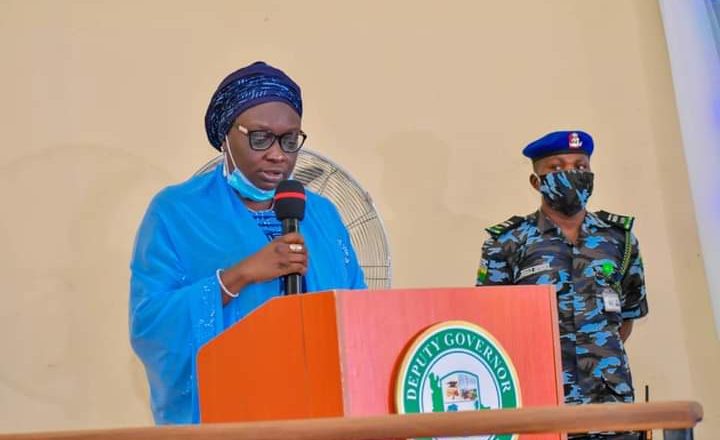 The Ogun State Government has reiterated its unalloyed commitment to the fight against trafficking in persons.

This was contained in an address delivered on Friday by the Deputy Governor of the State, Engr Noimot Salako-Oyedele who represented the Governor, Prince Dapo Abiodun at the Inauguration of the Ogun State Taskforce Team on Human Trafficking.

The Deputy Governor stated that as a responsible government, Governor Abiodun’s Administration was focused on bringing to an end, criminal activities threatening insecurity such as child abuse and human trafficking.

Engr Salako-Oyedele, who expressed confidence that the Taskforce Team would corroborate operations of the National Agency for the Prohibition of Trafficking in Persons, NAPTIP, mentioned a few of the efforts made by the State Government to curb the crime.

These efforts include the domestication of relevant Acts and Laws; Agency empowerment; and goal-driven partnership with stakeholders.

The Team, according to the Government, will be functioning to execute control strategies against human trafficking, as well as reintegrate already trafficked persons into society with a means to survive independently and legitimately.

Governor Abiodun, through his Deputy, called on the good people of Ogun State to make available, all needed support to the Team, as they diligently carry out their duties for security and collective development.