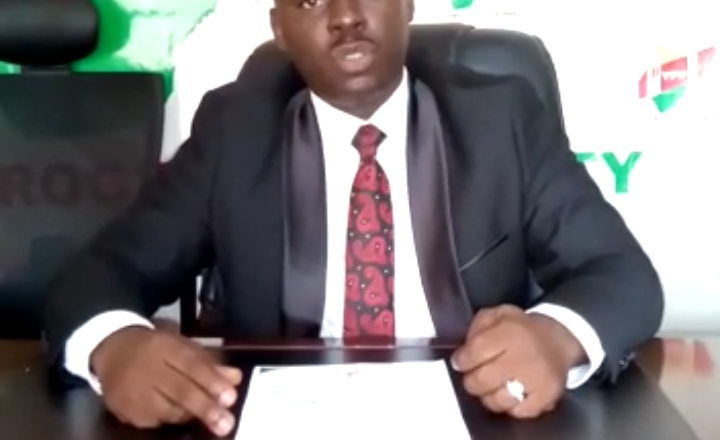 It was a sudden upturn of event yesterday,when Adedamola ADESHINA was sacked by the National Leadership of YPP, the party purchased for him by The Late Senator Buruji Kashamu after the deregistration of Mega Party to help him maintain his position in IPAC Leadership in Ogun State.

In a video treanding on the social media on Monday afternoon, the YPP Chairman in Ogun State, Prince Tolu Ajayi said the Ogun State YPP has returned to the status-quo and that all the eleven members of the National Working Committee affirmed that Ogun YPP should be taken away from Late Buruji Kashamu’s stogee in the person of ASIWAJU ADEDAMOLA ADESINA and returned immediately to the original State Executives led by Prince Tolu Ajayi .

The Chairman of YPP in the video also said that the Leadership of the Party at the National Level is returning the party in the State to the original members to convince the Ogun State IPAC Chairman, Comrade Oginni Olaposi Sunday that they did not receive the N5Million Naira he accused them of from Late Senator Buruji Kashamu.

In the same vein, Prince Tolu in the video said that they are getting back the Party from Kashamu’s stogee because all the promises of “ OMO ILU” structures and offices for Ogun YPP is no longer visible with the sudden death of the Senator! He made it clear that the major reasons why they made huge sacrifices of their positions and authorities in the Party is now overtaken by events and time.

Prince Tolu Ajayi also cleared air on the IPAC Leadership tussle by saying that YPP as a Party is not in existence because of IPAC positions. He said,”the aims and objectives of YPP is about genuine service for Nigerian people.”

In his reaction, the Chairman of IPAC, Comrade Oginni Olaposi Sunday congratulates the Leadership of YPP on the great step to reclaimed Victory over despotism.
He said,”It’s victory for all lovers of justice and fair play. The ultimate sack of ADEDAMOLA ADESINA from political leadership is a triumph of light over darkness.
Ogun IPAC is today getting respite from impostors and political merchants. All hands are on deck to ensure that any form of political madness are nip in the bud.”

He added that henceforth, any one or group of people who try to impersonate the officers of Ogun State IPAC shall be dealt with according to the law of the land.