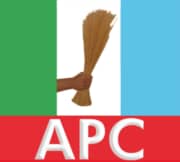 Crisis seems to be brewing in the Abeokuta North Local Government area of the All Progressives Congress (APC), as some Aspirants in the forthcoming Local Government Elections are at loggerheads with leaders of the party over alleged imposition and substitution of candidates

Our correspondent reported that in ward 8, the leader of the party, Alhaja Faidat Sarumi was alleged to have imposed her anointed candidate, Kunle Adebari, over the choice of the people, Lekan Job.

It was further alleged that she had threatened other aspirants not to declare their intentions to contest as councilor in the ward, which should pave way for only her candidate to emerge.

In ward 7, a committee was set up to screen the aspirants. It was learnt that the entire committee members signed and agreed to pick a consensus candidate base on educational qualification, party commitment, loyalty which are some of the criteria listed by the state Governor, Prince Dapo Abiodun at the stakeholders meeting. Only for the leaders to impose someone who allegedly can’t write, nor read over other aspirants, as against the preferred candidate of the people and the consensus candidate of the committee, Mr. Niyi Obanleowo.

In ward 9, it was also alleged that the party leader, Alh. Akeem Sobayo imposed his candidate, Moruf Salaudeen over other aspirants, which includes one Hon. Ibraheem Ogunkunle, known as HADYOUR, who it was gather as the choice most preferred by the people from the ward.

Also in ward 11, a case of candidate imposition was recorded as a female aspirant accused the ward Chairman, Mr. Oyekanmi Serikudi of imposing his anointed candidate over the choice of the people.

The Ward Chairman in connection with the Hon. Commissioner, Taiwo Oludotun
imposed their anointed candidate over the choice of the people

Ward 14, under the Local Government area, a female aspirant, Hon. Funmilayo Olaonipekun emerged as the consensus candidate but the party leaders decided to substitute her for another aspirant against the wishes of the people.

It will be revealed that the perceived injustice happened in almost all the wards throughout the local governments in the state.

The aggrieved aspirants in a Communiqué stated that the imposition by the party leaders is totally unacceptable, adding that it is unfair to treat party faithfuls who have been dedicated and loyal to the APC the way they did.

They however call on the party leaders, Senator Lanre Tejuosho, Chief Adekunle Adesina, Alh. Fatai Bodunrin, Alhaji Bakai Okedara to wade into the matter before it degenerates into what could affect the party at the Local Government Elections.