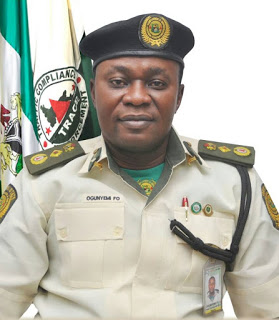 Ogun State Traffic Compliance and Enforcement Corps, TRACE, has pledged to enforce the restriction order on vehicular movement in the State for the Local Government Election from 0800hrs -1400hrs (8am-2pm), in collaboration with other sister security agencies, on Saturday, 24th July, 2021.

According to a release from the office of the TRACE Corps Commander/Chief Executive, Cdr. ‘Seni Ogunyemi, all Area Commanders, Divisional Commanders, Unit Commanders and Head of Squads, have been put on red alert to synergize with other services in the scope of their command structure to ensure orderliness during and after the election period, scan, track and locate suspicious movement and provide adequate information on same, as witnessed on locations and on roads, place on standby, rescue equipment for quick response to emergency traffic challenges before, during and after the election, as well as, ensure that vehicles with voting materials get to their location (s) promptly without hindrance.

Furthermore, the release urge the general public, particularly the voting public, to respect and uphold the rules and regulations guiding their movement and restricting vehicular movement to guarantee a hitch free and credible Local Government Election in the State.