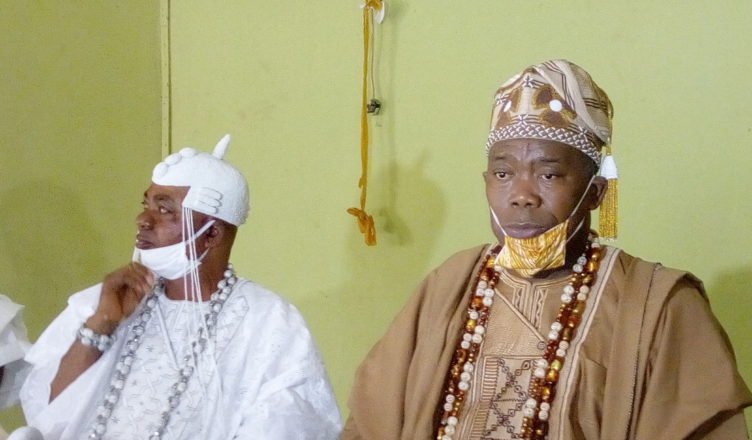 …Petition the governor not to extend his tenure.

Royal fathers from Ogun Waterside Local Government led by Ojotumoro of Abigi Kingdom, Oba Olusegun Ogunye, have made an appeal to the State Government to remove the Chairman of the Transition Committee in the Local Government, Mr. Femi Onanuga over allegation of breach of public peace, disrespect to traditional institution and promotion of conflict in the local government area.

He said several appeal were made before now to call him to order but he was adamant and disregard several meetings organised by the royal fathers.

In addition, several appeals have been made to the Commissioner of Local Government and Chieftaincy Title,Hon Afolabi Afuape,and Special Adviser to the Governor on political matters,Hon Egbetokun,to caution him on his arrogance and lack of respect for traditional fathers but he had remained adamant.

“We called on the governor to remove him from office as a lesson to others,in respect for the royal institution.On behalf of all the traditional fathers in Ijebu Waterside,and the good people of our various communities,we want him remove from office.”The mornach concluded.