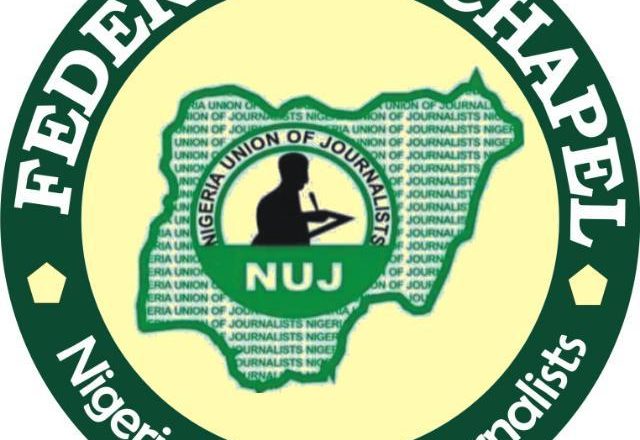 The Nigeria Union of Journalists (NUJ), Ogun State Council has debunked a purported public lecture and patron luncheon organised by unauthorised elements who claim membership of the union.
In a disclaimer issued in Abeokuta, the state capital by the Union and signed by its Secretary, Wale Oluokun, it was indicated that the organisers of the purported programme are a group who claim to be authentic members of the Federated Chapel of the Union.
The public lecture which is scheduled to on Saturday, January 23, 2021 is to hold at the Olusegun Obasanjo Presidential Library (OOPL), Abeokuta.
According to the disclaimer, “one Mr. Sina Oduntan is parading himself as the organiser as well as one Lanre Adegboye whose name also appeared on the invitation.
The disclaimer reads, “Please be informed that the ‘illegitimate’ union members alleged to have cooked up the programme are displaying the full attributes of a neighbour that capitalizes on a family dispute to distort the family history for selfish gains.
It added, “Regardless of the facade shown by the notorious impostors, Ogun State Council of NUJ as the supervising body of all the chapels in the state is putting it on notice that one Sina Oduntan, paraded as the organiser of the ‘show’ as well one Lanre Adegboyega whose name appeared on the invitations, are in no way representing the Federated Chapel of Ogun NUJ, or any other organ of the union in any capacity.
“It becomes imperative to make this clarification in view of the increase in the tempo of the nefarious activities of the group, especially as it relates to defrauding notable individuals and Corporate entities that hold the body of journalists in the country in high esteem.
“With due respect to the fundamental rights of every reasonable citizen or group to organize events, the purported concoction shouldn’t attract a reaction from the Ogun State Council of the NUJ, but for the claims that it was being conjured by the Federated Chapel of Ogun NUJ, which is not.”
The statement added, “Individuals, groups and corporate organizations in the public or private sectors are by this notice advised that anyone doing business with them and their cohorts does so at his or her own risk as we put it on record that their activities have been reported to the relevant security agencies.”
The union however insisted that the Federated Chapel of Ogun NUJ Council is presently chaired by Elhadj AbuSatar Hamed who should be accorded all courtesies and privileges, saying whoever has anything to do with journalists in Ogun State should get across to the Ogun State Council of NUJ for verification.