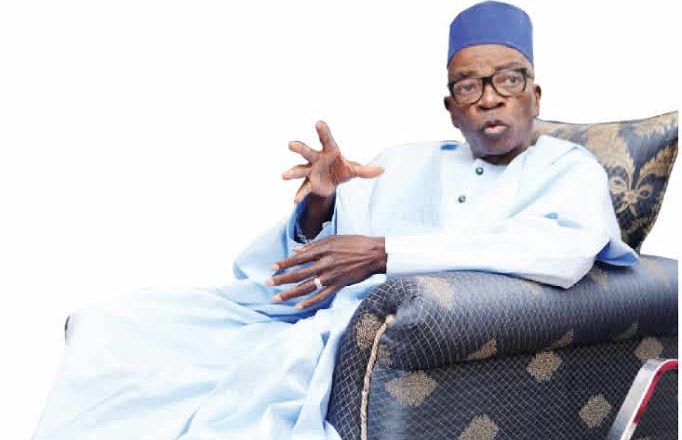 The Ogun State Chapter of Peoples Democratic Party (PDP), has mourned the death of its chieftain and former minister of Commerce and Industry, Sen. Jubril Martins-Kuye.

Reacting to the sad occurence, the party in a release signed by its acting chairman, Barr. Boladale Sanni and made available to newsmen on Sunday morning described Kuye’s death as “a huge loss” to the party and the nation given his patrotick contributions and zeal in fighting for unity and stability of our nation.

“We have lost a patriotic Nigerian who during his life time contributed immensely to the stability of our nation. This is a huge loss to Nigeria and our party (PDP).

“Sen. Kuye’s wealth of experience will be greatly missed. This is a collosal loss. He was a grassroot politician who is always around his people. We have lost a national figure.

“We commiserate with the Kuye family, the Ogun State government, the people of Ogun state, as well as his friends and associates,” Sanni said.

The party prayed that the Almighty God grants eternal repose to the elder statesman’s soul and fortitude to the family and the nation at large, to bear this irreparable loss.

Late Kuye was appointed Nigerian minister of Commerce and Industry on 6 April 2010 by the then Acting President, Goodluck Jonathan.