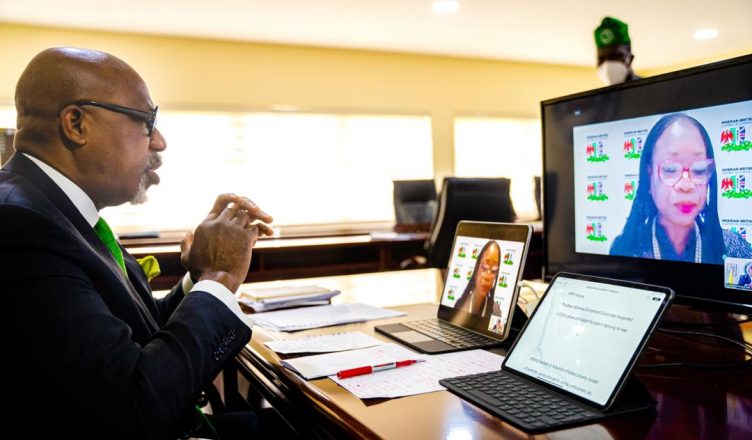 Ogun State governor, Prince Dapo Abiodun, said the state government is looking for investors that will develop its tertiary health facilities to a world class health institutions capable of providing quality healthcare services to the people.

The governor also invited investors to collaborate with the government on major infrastructural development projects such as road, railway, agro processing, energy digital economy and other social services under its public-private sector partnership arrangement.

Gov Abiodun stated these at the Nigerian-British Chambers of Commerce (NBCC) Webinar with the theme, “Meet the Governor of Ogun State: Investment and Business Opportunities, also noted that the Olabisi Onabanjo University Teaching Hospital, Sagamu, needed attention to bring it to standard and prevent brain drain.

According to the Governor, “we inherited an uncompleted 250-bed Hospital in Abeokuta. As part of our recognition that government is a continuum and anywhere the Commonwealth of Ogun State has been invested, we will not abandon.

“We are therefore looking for investors in order to help us develop it into standard hospital to stem the tide of medical tourism, conserve foreign exchange and provide quality Medicare for our citizens and those who may require the services for research and investigations”.

Reiterating the vision of his administration which included; focused and qualitative governance, improving citizens’ confidence and trust in government through transparent and accountable leadership, the governor stated that several reforms on land, energy, judiciary, tax, finance and civil service, were deliberately put in place to ensure Ease of Doing Business in the state.

He further observed that with a landmass of 16,981 square kilometres, suitable for the cultivating of food and cash crops, the atate has a well diversified portfolio in key sectors including manufacturing, mining and trade which put together, jointly constituted 65 percentage of the state’s Gross National Product value.

He said the present administration’s efforts were geared towards improving productivity, mobility and connectivity through the provision of adequate road infrastructure, particularly in the rural areas.

Abiodun who stressed the importance of having motorable roads that link its neighbours, particularly, Lagos State, said the 14km Epe-Ijebu-Ode road, constructed by his administration, would soon by commissioned, while the construction of Atan-Lusada-Agbara road had since been flagged off, calling on investors to partner his government in building such key economic roads in the state.

The governor lauded the partnership with the British Government in setting up a Multimodal Mass Transport System for the State, adding that his administration was discussing with the Federal Government to create spurs around Lagos-Ibadan Standard guage way to service the intermittent clusters and housing estates springing up along the corridor.

While urging British investors and others to take advantage of the state’s economic potentials, Abiodun maintained that investment opportunities existed in rice, cassava, spices and vegetables, cattle and dairy, poultry as well as in Agricultural International Market and Special Agro-Industrial Processing Zone and in the manufacturing sector.

On housing, the governor said his administration was determined to provide 3,000 affordable housing units across the state in first instance before 2023.

“We have demonstrated this by building almost a thousand units to date in all the three senatorial district and we are looking for Private Sector Organisation to partners with us”, he said.

He further disclosed that Ogun will soon sign a Memorandum of Understanding (MoU) for the establishment of a legislation-backed Joint Commission with Lagos state, to ensure security, stability, cooperation and development of the two states.

He noted that the Summit is aimed at providing a platform for collaboration with potential domestic and foreign investors, attract new investors into the state and potentially sign Memorandum of Understanding and Joint Venture agreements with partners and investors.