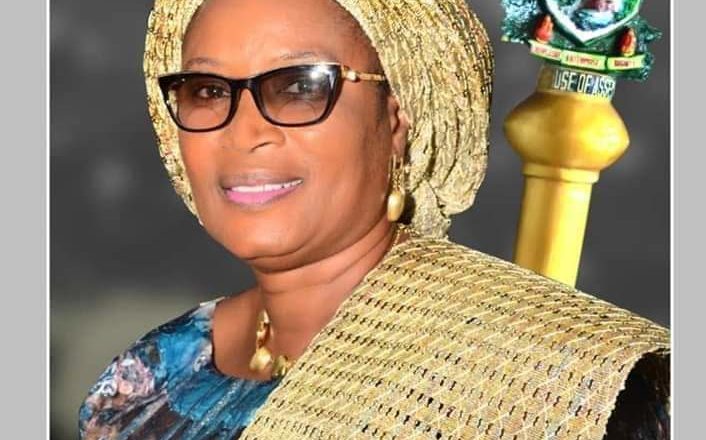 The Speaker of the Ogun State House of Assembly, Rt Hon Olakunle Oluomo has challenged the Management of the Traffic Compliance and Enforcement Corps (TRACE) to deploy its officers to major roads in the State in order to check the excesses of transporters, especially drivers of haulage vehicles to reduce road carnage.
Rt Hon Oluomo threw the challenge while responding to the presentation of a member representing Yewa South State Constituency, Hon Lateefat Ajayi, who lamented the high rate of accidents along Papalanto-Ilaro road in the previous week during the plenary held at the State Assembly Complex, Oke-Mosan Abeokuta.
The speaker noted that there was need to instill sanity on the drivers to avoid reckless driving so as to prevent fatality, just as he assured that government would ensure the completion of the block of classrooms at the UNA Primary School in Ipaja-Idogo, Yewa South State Constituency.
The speaker equally assured that more infrastructural projects would be executed in all parts of the State.
Earlier in her submission, Hon Lateefat Ajayi had called for government’s intervention on the need to fix the Papalanto- Ilaro road which had been damaged along Agodo junction, thereby causing accidents resulting in loss of lives.
She explained that immediate government’s intervention on Road would aid human and vehicular movements, just as she appealed for completion of ongoing project at the UNA Primary school, Ipaja-Idogo; calling for more developmental projects in her constituency.
Also,Hon Solomon Osho representing Remo North State Constituency submitted a petition on behalf of concerned Motorcyclists and Riders in Remo North against the introduction of new ticketting system on commercial Motorcyclists and Riders by the Chairman of the Local Government Council, Mr. Abiodun Somoye.