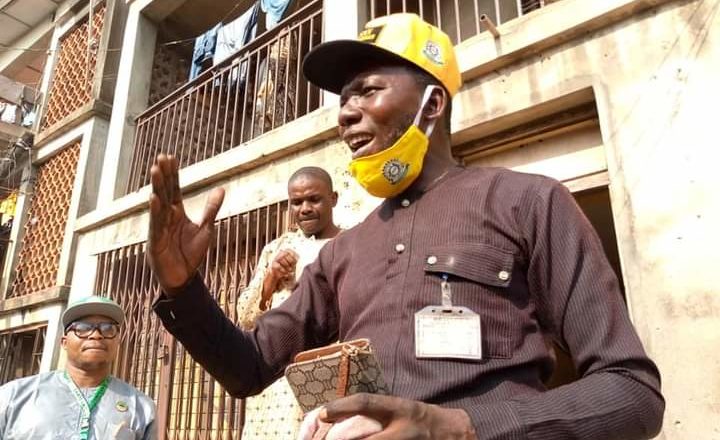 The Ogun State Artisans Association under the leadership of Artisans Anthony Ayodele has pledged their support for the state GOVERNOR, Prince Dr Dapo Abiodun, MFR, for his developmental agenda with Artisans and other association with his friendly policies directed to all members inrespective of political party affiliations or colourations.

He made the declaration recently on their first 2021 General meeting at their State Secretariat at Abeokuta, Ogun State, Nigeria.

In their separate remark,Artisan Elder Olakunle Alanni, State Chairman of Ogun State Tailor Association categorically stated that,”We’ve received many supports from Mr Governor, HE Prince Dr Dapo Abiodun MFR since he came to office.He has listening ears to our proposals plus plights and has imparted Artisan members more than any other Governor of Ogun State till date”.

In addition,Elder Artisans Enilolobo Adisa of Ogun State Bricklayers Association saids “Prince Dapo Abiodun MFR acknowledgement of our invitation to him even before he became Ogun State Governor during 2019 Ogun State Artisan Day held at Ijebu Ode which he obliged us with instant meaningful cash support and vehicle donation promise,couple with all he had done so far had proved to me as well as other members of Ogun Artisans Association his worth.”

Also,Artisans Elder Biodun Lukman of Ogun State Shoemakers Association
noted that Prince Dapo Abiodun MFR equally hosted Artisans Excos immediately after his swearing in, while he made a representative of Artisans as member of Innugural Committee. That is a landmark recognition move by the governor for us as a Vocational Association in Ogun State and subsequently Nigeria,”

Similarly,the state chairman of Computer and Phone Technician Association of Nigeria,Comrade Mic Pedro said the present administration have shown commitment to the welfare and social wellbeing of their members.He said,”Mr Governor have done so much to encourage artisans and we will support him in our little ways.”.