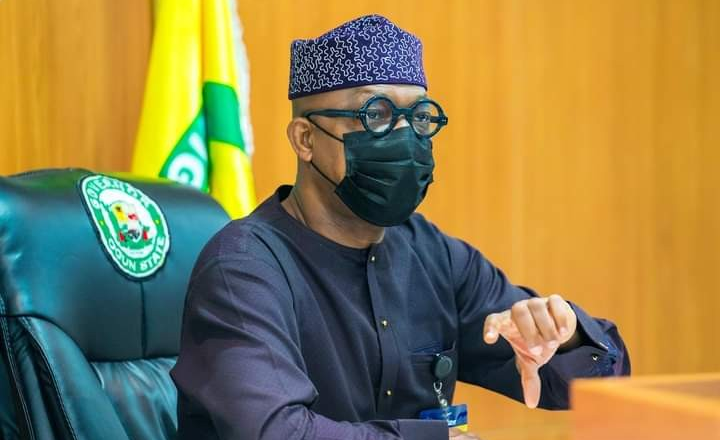 Ogun State Government through the Ministry of Special Duties and Inter-governmental Affairs has disclosed that a total of  N3.61bn has been proposed as its total expenditure for the next fiscal year, out of which N880m was set aside for the purchase  of additional fire fighting equipment to beef up the operations of the Station, while construction of ten fire fighting stations across the State would cost N750m.
The Commissioner in charge of the Ministry, Mr. Femi Ogunbanwo, stated this today while defending his Ministry’s 2021 budget estimate before the members of the State House of Assembly on Finance and Appropriation chaired by Hon. Olakunle Sobukanla at the Assembly Complex, Oke-Mosan, Abeokuta.
Ogunbanwo explained that the Ministry also set aside the sum of  N70m for rehabilitation of fire stations across the State, while recurrent expenditure was put at N300.19m for the next fiscal
He added that priority would be given to cosmopolitan areas and border communities in the construction of the  new stations, pointing out that the Ministry would improve on its partnership with other ministries and agencies of government to flatten the curves of the second wave of pandemic.

In another development, the State Commissioner for Women Affairs and Social Development, Mrs. Funmi Efuwape, accompanied by the Special Adviser to the Governor on Women Affairs, Hon. Adijat Adeleye-Oladapo and other management staff of the Ministry presented the Ministry’s  2021 budget estimate before the lawmakers, with an assurance that it would deploy necessary measures to sanitize the major roads of mentally deranged persons.
Efuwape explained that her ministry was already concluding plans with the State Ministry of Health to establish a centre with a view to taking care of such persons who often wander around streets in the State.
Defending the Ministry’s budget estimate for next year, the Commissioner said N429.4m was set aside for recurrent expenditure, just as N356m was being proposed for capital projects, while N9.9m was expected to be generated to government’s coffers in the next fiscal year.
The Lawmakers also considered the 2021 budget estimates of the State Ministry of Community Development and Cooperatives,  State Independent Electoral Commission, Christian Pilgrims Board and the State Water Corporation amongst others.