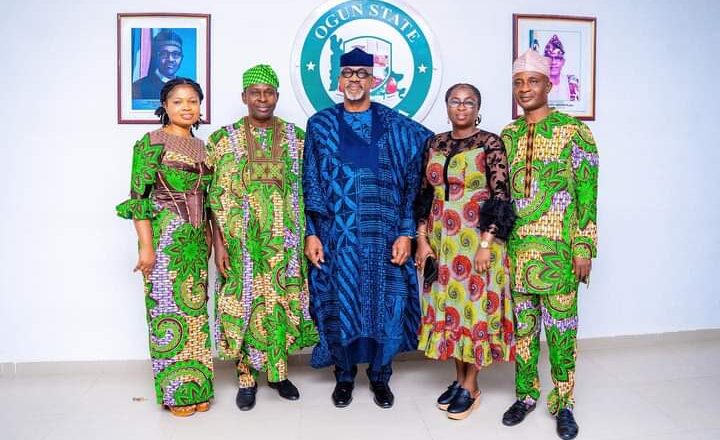 Ogun State Governor, Prince Dapo Abiodun said his administration will partner with a foreign firm in the local production of cotton in the state.

The firm, according to the governor,  has turned around the production of cotton in Togo, thereby, making the West African country the second largest producer of cotton in the continent of Africa.

Prince Abiodun who made this known in his office,when he received members of the Tailors Association of Nigeria (TAN), added that the company would be partnering with the state government in the Special Agro Processing Zone.

The governor disclosed that discussions are currently ongoing on cotton production, declaring  that his administration would do all it can to support the industry.

“We are currently partnering with someone who has turned around the production of cotton in one of the West African countries. Within twelve months, he has turned Togo to the second largest producer of cotton on the continent. This company is partnering with us in Ogun State in our Special Agro Processing Zone and we have ongoing discussions on cotton production,” he said.

He described tailors as an integral part of the small medium scale enterprises whose value is huge, adding that the tailoring industry in the country still remains untapped.

“You are a value addition to what we are doing in terms of promoting small and medium scale enterprises, you are also a value chain in job creation

“ThIs is an industry that is performing sub optimally, the potentials of this industry remain untapped, particularly from the view of garment manufacturing which we know that is the mainstay of some economies in the world where all they do is just garment production and that itself accounts for a large chunk of their GDP.

“This we can confidently achieve in Nigeria because we have a labour force, if all we focus on is garment manufacturing of the right quality and standard for export and domestic use,” the governor added.

The national president of the association,  Otunba Wasiu Jaiyeola Taiwo, while corroborating the governor that the tailoring industry is yet to be fully tapped  in the country, said that a little push on the side of the government for the industry would amount into massive foreign exchange.

Taiwo said that the country is losing so much as the value chain is huge, adding that it is only through partnership that a lot of successes can be recorded.

He, however, disclosed that the name of the association has been changed from Nigerian Union of Tailors(NUT) to Tailors Association of Nigeria (TAN), submitting that the change would further assist the association to break barriers.