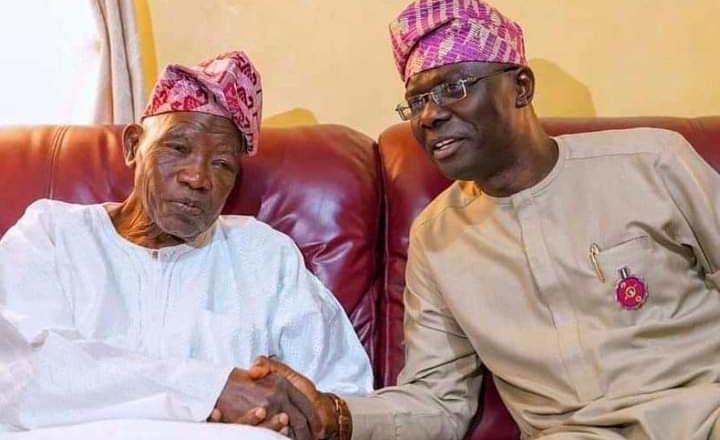 Former governor of Ogun state,Otunba Gbenga Daniel has described the news of the death of first civilian Governor of Lagos State, Alhaji Lateef Kayode Jakande with the greatest disbelief.
He described him as father of modern democracy and astute politician whose name will be remembered in the history of this nation.
Otunba Daniel added that,”I remember vividly his creative intervention in the chaotic education system in Lagos State then as soon as he assumed office as Governor. Several secondary schools were compelled to run three shifts and his unprecedented efforts to return the school system back to normal with his now famous “Jakande Schools”.

His intervention in the Housing Sector were no less ingenious and creative with a Mass Housing scheme for the less privileged. Many of his Low-Cost “Jakande Housing Scheme still dot the landscape of Lagos State.”
The late Jakande famed Metroline project which he conceived over 40 years ago clearly defined the character and strength of his vision which would have resolved the chaotic transportation problems in Lagos State. Today, that vision remains a road not taken and the problems persist.

His footprints were visibly stamped on almost every sector of the economy; from education to health to infrastructure development.
Otunba Daniel said Indeed, Nigeria has lost one the the hardest working Governor in its history. “Adieu LKJ, the fabled Strong Man of Lagos Politics.I wish the entire family,the people of Lagos the fortitude to bear his painful passage, as I pray that God should grant his soul a great repose.”