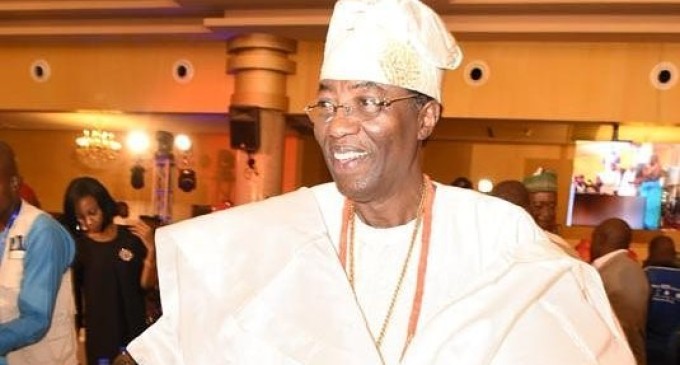 I congratulate the former Ogun State Governor His Excellency, OTUNBA GBENGA DANIEL for his deeply thoughtful and much incisive interview recently.
In the interview , a lot of sacred set of objectivities were so freely unloaded . We are fully informed of the many mistakes of administrative style,that we have been unfortunate to live with as a Nation.
I will try to mention a few land mark pieces of good advice dropped like “bombs” by the very articulate and vibrant former Governor. These among many include the following :

(1) The Ex Governor who led an extremely very successful Ogun State Government for 8 years opined that , we should consider it very unacceptable to go cap in hand to lend huge amounts of money and come back to throw such borrowed money at (a) Paying sinfully ridiculous salaries to the members of the National Assembly .
(b) Paying a much frightening large sums of money to retired Governors leaving office , which also include houses in the State and Federal Capitals.

(d) Throwing such interest – attracting borrowed money at importations of consumable items .
On this , OGD made it clear that the Nation has no business consuming what it can’t produce .

He said among many other things that , most of the items we import with the attendant criminal subsidies were originally bought cheaply from us as raw materials at cheap costs and we continually import the finished products at huge costs.
On this OGD , suggested that the Nation should make it a policy that any consumable product we as a Nation can’t produce should not be imported while the Country continue to keep seriously trying to produce such things. He strongly condemned our culture of loving foreign products so embarrassingly as status symbol .

He noted that some other Countries like China , India etc started by trial and error until tolerable qualities were being produced.
He suggested that , only the Contracts that no capable or qualified Nigerians are available should be considered for execution by foreign legal persons .
He even let the public know that as a Governor , his monthly salary while in office and even now out of office is #500.00 .

For me , it is quite very insensitive for an individual to keep receiving this huge monthly salary in a Country where the #30 ,000 minimum wage is being fought against by the same Governors , not to now talk about the members of the NASS and their very scandalous salaries and other benefits.

It takes a lot of great courage for one who has been a part of huge mistakes at any level in governance to publicly concur and own up to his own share that some of these are correctable.

In concluding this piece it is needful to strongly suggest to the various Governments including the Federal , the various Houses of Assembly including and especially the NASS to quickly begin to find a way to drastically reduce the obnoxious and insensitive salaries of their members. It is quite indefensible to spend monies at the criminal level of impunity in the name of salaries.

OGD has by this sincere interview left some of us to conclude that the alternative to the current sufferings of the mass of the people is for the various Governments to work on a way that will empower the people .

Every wasteful expenses should be firmly put on check immediately . Every selfish acts of law that encourages a few percentage of the citizenry to selfishly enjoy the Commonwealth should be removed .
The people must at this point become the point of focus of the various Governments.

NASS members are risking public anger and stoning if every correction is not effected on the huge salaries everywhere for just a few people at the expense of the people.

The Government is now compulsorily challenged to begin to focus squarely on means of improving the large scale of poverty in the land.

Incessant foreign travels and the very intimidating kind of motorcade in vogue for Government officials should be drastically reduced.

The people should be made to feel the positive benefits of democracy now , yes immediately.