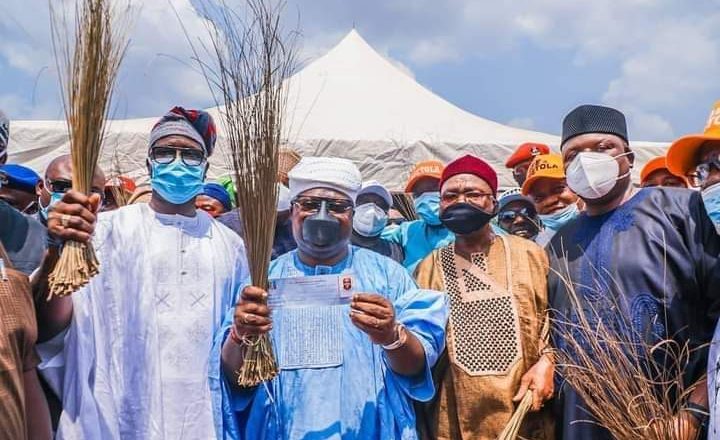 The Governor of the State of Osun, Mr Adegboyega Oyetola, has described the movement of the state’s former Deputy Governor, Otunba Iyiola Omisore, into the All Progressive Congress family as a historic feat that has seen the party landing a big fish.

Omisore formally moved from the Social Democratic Party (SDP) to the ruling party, All Progressive Congress (APC) on Monday.

Oyetola further described Omisore as an astute and seasoned politician, who knows his onions as a leader and understands the political terrain of the State.

According to him: “Indeed, this is a historic moment for the All Progressive Congress nationally and especially in the State of Osun.

“When he decided to support us at the gubernatorial election re-run in 2018, to many , it was like a shot out of blue. However, what a lot of people didn’t know was that Otunba Omisore and I have had an enduring relationship of almost three decades.

“So, the choice of who to support at the re-run wasn’t a chore because he knew who and what he was investing his trust in.

“With this defection, our long-standing courtship has now been consummated and we are certain that it will yield rewarding political fruits in Osun.

“His supporters have followed him into the party and what we have now is a fusion of the two parties. So, this is indeed historic”, Oyetola stated.

Omisore, who was the governorship candidate of SDP during the 2018 gubernatorial election officially registered as a member of the APC at his unit in Moore, Ile-Ife on Monday.

He served as deputy governor to former Governor Bisi Akande, between 1999 and 2003. He also represented Osun East in the Senate for two terms.