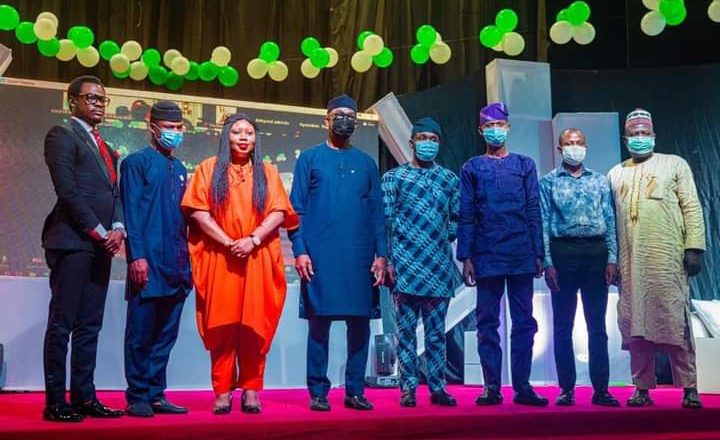 … Called on youths to be politically involved.

Ogun State Governor, Prince Dapo Abiodun has assured the people of the State that the much anticipated local government elections in the State is around the corner and would commence as soon as the State’s Electoral Commission is formed.

Prince Dapo Abiodun who disclosed this during an interactive Ogun Youth- Government Townhall Meeting, with the theme, ‘Youth, Skills and Insecurity: Connections, Costs and Opportunities, held at the June 12 Cultural Center, Kuto, Abeokuta, said that what the State would be having is an election and not a selection process.

Abiodun while charging the youths who were already agitating for spots in the upcoming local government elections to leave all sorts of agitations and start preparing for the election, urged them to show leadership by endearing themselves to their people and registering with political parties.

He further disclosed that the State government would soon begin the process for the election by constituting the Ogun State Independent Electoral Commission, which he said would be responsible for rolling out the calendar for the election.

“We will soon be constituting the Ogun State Electoral Commission, the commission has to be established first because they are the ones that will be conducting the local government elections and this will happen very soon, sooner than later and they will role out the timetable for the local government elections, so, I want to enjoin you to begin to work towards it,” Abiodun said.

On the State government’s plan to empower two hundred and fifty youths across each of the twenty local government areas of the State, Governor Abiodun said that the OG-YES initiative aside giving the beneficiaries a token every month, would also give them access to job opportunities, adding that a single digit loan would be made available for the beneficiaries who had successfully undergone the training process through the Central Bank of Nigeria’ AGSMIS’ scheme.

“OG-YES is an empowerment program which aims to empower our youths, once you are identified and you qualify, you are within the first 250 in your local government, we begin to pay your allowance immediately, that allowance is a form of empowerment, but the real empowerment is the skill and training you are going to be getting and the job opportunity that will follow, that is the real empowerment.

“For those of you that will learn other trades that will require recruitment, the State is also facilitating a loan through the Central Bank of Nigeria, it is under the ‘AGSMIS’ scheme, so we will train you, you will be certified in that trade, if you are trained as an hairdresser or a welder and what you require are equipments like hair dryer, welding machine and other equipments, we will give you a loan to buy that equipment that you will repay over a seven year period, we will train you, and give you a loan to buy equipments, it is a digit loan,” he said.

On the recruitment process for teachers through the State Universal Basic Education Board(SUBEB), Governor Abiodun said that the process for the recruitment of the one thousand five hundred teachers would soon commence with the issuance of appointment letters to the successful applicants, adding that the State government had not been able to conduct exams for applicants for teaching jobs through the Teaching Service Commission because the Covid-19 pandemic had stalled the process of conducting exams for the applicants.

“We had computer based exams for those we wanted to take into our basic education cadre, we got thousands of applications and a thousand five hundred of them have emerged, we are now about to release letters for those one thousand five hundred, if you are one of them, be getting ready to expect your letter, we didn’t want to work on letters while we are still working on minimum wage, so, at least they will resume now and they will enjoy the minimum wage,” he said.

On the state of the Atan-Lusada road, the Governor disclosed that his administration has gotten the blessing of the President to begin construction work on the Federal road which is very critical to lots of industries in the corridor.

“My last visit to the President is on record, I went to the President for two things, I delivered to him the copy of our compendium showing what we did in fifty-two weeks and I also delivered to him a letter, the letter said Mr. President, this is to advise you that we in Ogun State have decided to take over the Atan-Lusada road, we are taking it over and we are constructing it by ourselves, he was very gracious enough to say Ogun State Governor, if that is what you want to do, you have my blessing, so for those that have been concerned about the state of the Atan-Lusada road, very soon, you will begin to see activities on that road,” he said.