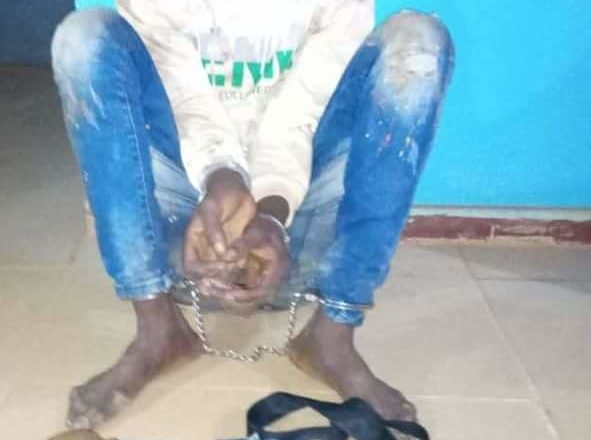 A gang of suspected armed robbers that had planned to disrupt the Christmas holiday for some residence of Ilaro, the headquarters of Yewa South Local Government Council Area of Ogun State, by robbing them of their valuables, had their operation foiled on Tuesday, December 22, 2020.

One of them, Abiodun Michael (aka X1), was not as lucky as other members of the syndicate who were fast enough to escape arrest.

The bandits had, according to a press release issued by the Ogun State Police Public Relations Officer (PPRO), DSP Abimbola Oyeyemi, blocked the Federal Polytechnic Road and were already dispossessing road users of their valuables when information reached operatives of Ilaro Police Divisional Headquarters who raced to the scene.

Oyeyemi said: “Upon the distress call, the DPO, Ilaro Division, CSP Olayemi Jacob, quickly mobilized his patrol team to the scene. On sighting the policemen, the robbers took to their heels but were hotly chased by the policemen, as a result of which one of them was apprehended”.

The police spokesman further stated that the state Commissioner of Police, Edward Awolowo Ajogun, had ordered the immediate transfer of the suspect to the state Criminal Investigation and Intelligence Department (SCIID) for discreet investigation, while also directing that the remaining fleeing members of the gang be hunted for and brought to justice.