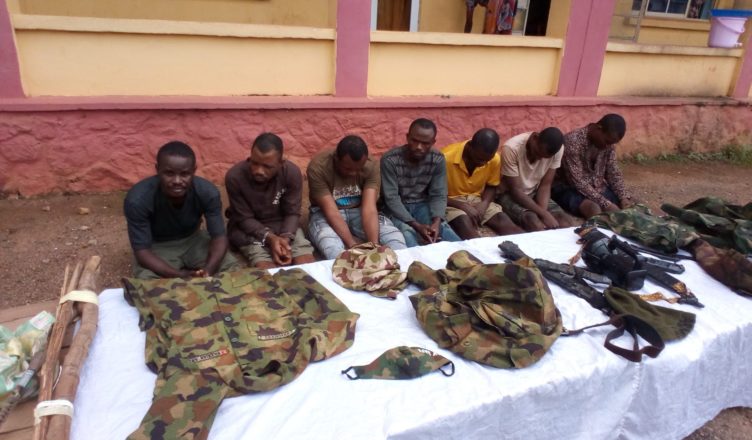 CP Ajogun who paraded them before news men at the Force Headquarters, Eleweran, said the gang leader, Obiora Michael, sustained gun shot wounds on his abdomen and right hand during a face off with SARS Operatives.
The CP added that Obiora was traced to his home in Ajangbadi area of Lagos State on September 17 where the wife was treating him of the injuries.
He had lied to his wife that he sustained the injuries in a road accident earlier.

Obiora who disclosed that before his arrest,he used to “hustle” at Alaba International market, Lagos.He added  that  he regrets his action, saying he had earlier abandoned the gang because  of the way they were shortchanging him with proceeds from robbery operations, only to rejoin them later.

The Police Commissioner gave a warning that criminals should stay away from the state.He also said they will be arraigned soon.