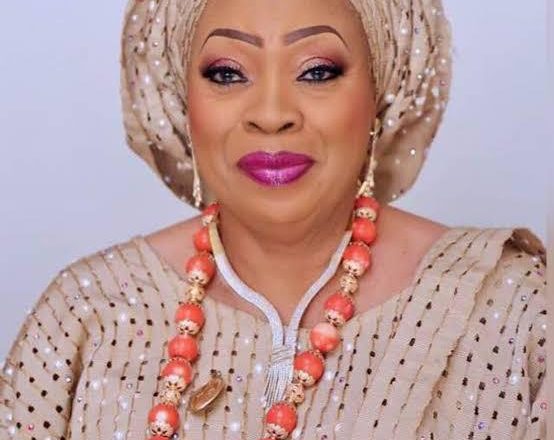 In a statement issued by his Chief Press Secretary, Kunle Somorin, on Monday in Abeokuta. Mrs Adebutu died on Saturday at St. Nicholas Hospital, Lagos.

“The death of your dear wife is a severe blow on all of us who knew her, and a harder blow on you as her husband, friend and confidant. Words cannot adequately convey my heartfelt sorrow over Mama’s death, for she was a kind and beautiful soul who spread love to all who encountered her,” the statement quoted the governor as saying.

The statement said the governor recalled that the late Mrs Adebutu was a great philanthropist and businesswoman in her own right. “She not only supported but funded some of the altruistic projects for which her husband’s foundation was credited, including award of scholarships, free medical activities to less privileged, building and renovation of school buildings, hospitals, mosques and churches for the masses in her lifetime”.

The governor, however, urged Chief Kessington Adebutu and his family members to be consoled by the fact that the deceased selflessly and fervently served God and humanity during her impactful life on earth.

While seeking God’s intervention for the Adebutus to bear the loss, Gov. Abiodun prayed that God should grant her soul eternal peace.