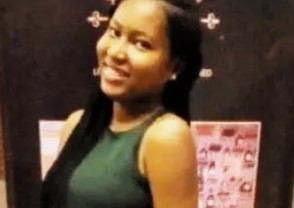 BENIN-CITY: The prime suspect arrested and detained over Uwaila Omozuwa’s rape and death has reportedly fingered the Pastor of Uwa’s church as the brain behind the dastardly act that led to the undergraduate’s death.

The suspect was said to have confessed in Police custody that Uwa was pregnant for the RCCG clergy and refused to abort the pregnancy, against the Pastor’s order.

He revealed that this made the Pastor to contact him and others whom he paid N1.5million, as planned together with his wife, to have her killed so as to cover up his sin.

The arrested suspect, Chibuzor, we learnt, further confessed to DSS that, “when the girl refused to abort the pregnancy, the Pastor made arrangement for them to meet at their usual hangout spot which is the church, that was where the pastor set her up. He paid us and told us where to meet the girl.”

“So, instead of seeing the pastor in the church, the girl met us. After hitting her head with fire extinguisher, then we decided to have a taste of her before she died, so, we took our turns”.

However, the pastor did not cover his sins well because it has backfired.
The pastor and his wife with whom he planned the dastardly act are said to be on the run.