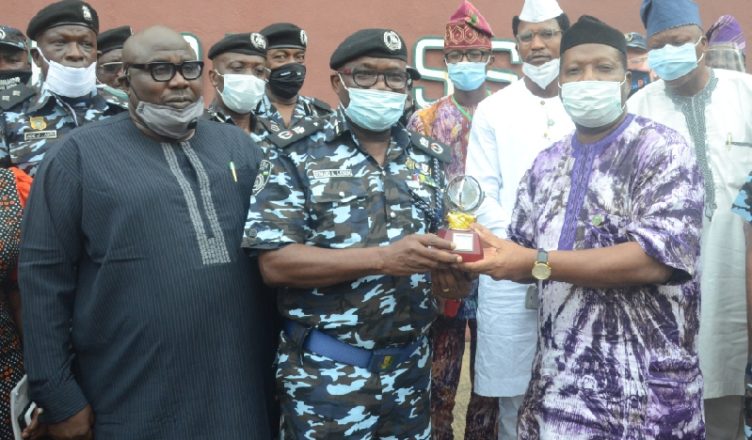 The Speaker of the Ogun State House of Assembly, Rt. Hon. Olakunle Oluomo has charged police command in the State to set machineries in motion to rid the State of criminal elements including cultists and land grabbers.

Oluomo gave the charge while playing host to the top management of the Police hierarchy in the State led by the Commissioner of Police, Mr. Edward Ajogun, at the Assembly Complex, Oke-Mosan.

He noted that the police in the State had the capacity to implement to the letter, the provisions of the Anti-land grabbing law passed by the 8th Legislature in the State, stressing the need for the command to begin immediate arrest and prosecution of criminals parading themselves as land grabbers.

The Speaker added that the police command could re-introduce amnesty for cultists to renounce their membership from cult groups and submit their weapons, saying that after the period of amnesty, anyone found to be engaged in cultism should thereafter be arrested and prosecuted.

According to him, the members of the Ninth Assembly was irrevocably committed to promoting peace and tranquility in all parts of the State, hence would continue to synergize with the executive arm of government to canvass for more support in terms of equipment and other logistics.

Describing the posting of the new Police Commissioner as a round peg in round hole, the Speaker enjoined the people of the State to always give necessary information to the police to assist in crime prevention.

Earlier in his remarks, the Commissioner of Police in the State, Mr. Ajogun stated that he had passionately committed himself towards achieving crime control, prevention of civil disorder, riot control, having improved on the template inherited from his predecessor with a view to improving and sustaining the peace and tranquility being enjoyed in the State.

He explained that the contemporary police must earn public understanding with focus on communities, assuring that his officers and men would continue to conduct themselves with integrity, knowledge, intelligence and ensure fairness with high level of professionalism as public servants.

He commended the State Government and the members of the State House of Assembly for the logistic support to the State Police command in the past, requesting for more collaboration for effective security.