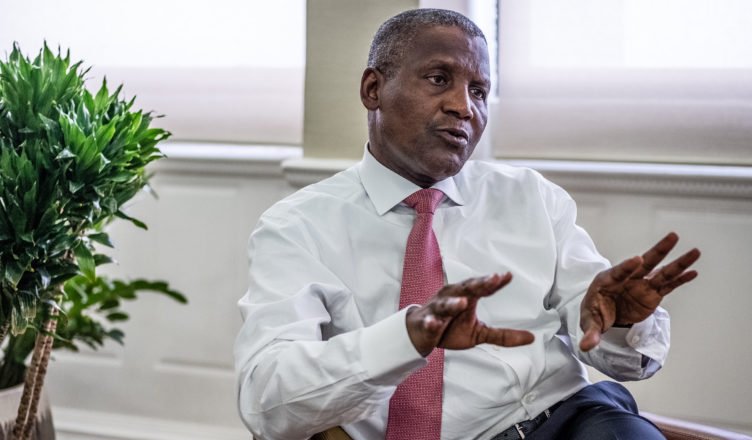 Concerned by the need to protect the lives of residents in the State and promotion of a more viable relationship with investors, the Ogun State House of Assembly has invited the Management of Dangote Industries Limited for deliberations towards addressing and finding lasting solution to public complaints against the recklessness of its drivers which had led to avoidable loss of lives in the State.

The Speaker, Rt. Hon. Olakunle Oluomo announced the invitation, while responding to the submissions of a member representing Ijebu-North I State Constituency, Hon. Slyvester Niyi, who decried the carefree attitude of the drivers leading to the killing some members of his constituency during a plenary at the Assembly Complex, Oke-Mosan, Abeokuta.

Also, Oluomo lauded the present administration for the construction and rehabilitation of roads across the State, with an appeal for the consideration of the choice of preference of Station-Oke-Agbo-Molusi road for construction by the residents of Ijebu-North I State Constituency, just as he called on the State government through the Ministry of Works and Infrastructure to expedite actions at putting palliatives on the failed portions of the Lafenwa-Rounda Road, especially Oju-irin-police station as well as other parts of the State to ease human and vehicular movements.

In another development, the Speaker has directed the Ministry of Education, Science and Technology to conduct demographic survey across the State with a view to assessing and gathering data on towns and settlements that are in dire need of new primary and secondary schools to enable pupils have unhindered access to quality education in line with the programmes of the present administration.

Oluomo issued the directive while responding to the remarks of his Deputy, Dare Kadiri under Personal Explanation, who presented a petition from the Baales and community leaders under the Obaruwa of Isamuro Community, Ago-Iwoye in Ijebu-North, appealing to the State Goverment for the establishment of a primary school at Idiagolu and secondary school at Oke-Ogbe.

Also, Oluomo urged the residents of the State to continue to adhere strictly to the COVID-19 precautionary measures as some of the developed nations were now experiencing the second wave of the pandemic; noting that regular hand washing, observation of social distancing and other
protocols must be observed.

He pointed out that the partial reopening of educational institutions, religious places and markets by government did not mean that the COVID-19 was over, saying the nation economy could not afford the second wave of the pandemic, hence the need for the people to observe all the preventive measures.